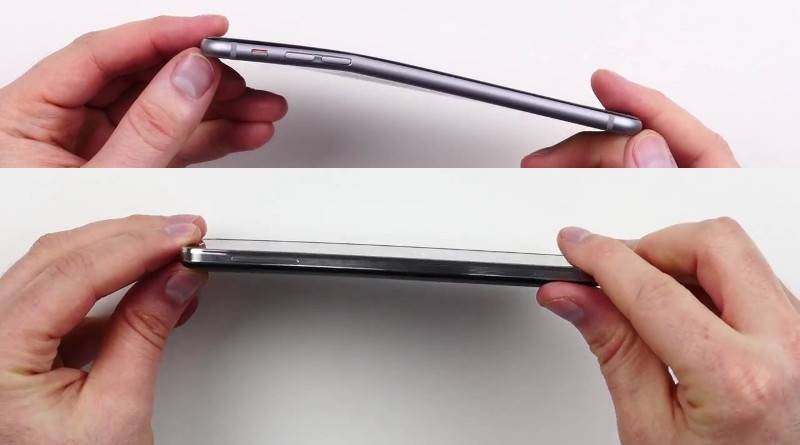 Now that the iPhone 6, iPhone 6 Plus, and iOS 8 are in the hands of users, the real-world testing begins. And so do the complaints. Most glaring among those seems to be what the Interwebs is dubbing as #bendgate or #bentgate to describe the admittedly horrifying phenomenon of the iPhone 6 Plus ungracefully bowing down to the forces of physics.

Long story short, the iPhone 6 Plus is reported to bend and remain bent with varying levels of pressure applied, from the power of your buttocks when the phone is placed in the back pocket, to less forceful slight of hand in the somewhat cringe-worthy test below. That the iPhone 6 Plus bends is, to some extent, not exactly surprising, considering its aluminum build, its super thin profile, and its bigger surface area. But for those who believe that only rather violent and extremely forceful physics can make the smartphone yield, the video below demonstrates how even bare hands can cause mayhem and sadness for the iPhone 6 Plus and its owners

The bending is noted to happen right below the volume buttons, likely the weakest point in the whole aluminum body due to the holes that give way to the buttons. And for those who would claim that it would happen to any smartphone, the same test was applied to the Samsung Galaxy Note 3. Not exactly the latest, but larger than the iPhone 6 Plus. While Samsung’s phablet did bend while force was being applied, and was noted to even make creaking noises, it kept true to its form save for some almost unnoticeable warping.

On further analysis, the results aren’t exactly surprising if you consider the materials used, malleable aluminum versus plastic. This makes it seem that Samsung’s choice of plastic isn’t so bad after all. Perhaps brave souls should also test other smartphones that do have aluminum bodies, like the Galaxy Note 4 and its metal edges or the HTC One M8 and its similar unibody design. For now, however, this is one more thing, in addition to screen size, that Samsung users will most likely hold over their iPhone rivals.

SOURCE: Unbox Therapy
VIA: SlashGear, Android and Me