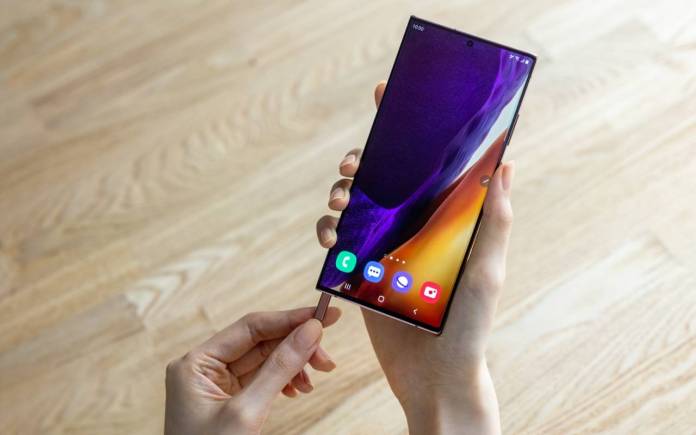 Samsung is always busy. If not preparing for its next premium flagship smartphones, it’s busy marketing the current devices in the lineup. The company will get busier as it promotes a slew of products from the mid-range Galaxy A51 and Galaxy A71 to the new Galaxy Note 20 and Galaxy Z Fold 2. Those are just the latest phones. Samsung also has the Galaxy Tab S7, Galaxy Buds Live, and the Galaxy Watch 3. As for the new flagship phones, these premium phones may be hard to sell because of the price.

The $999 starting price of the Galaxy Note 20 goes as high as $1,449.99 for the Galaxy Note 20 Ultra 5G 512GB. We understand the cost and we know there will be people who will and can afford the phone. During the Galaxy Unpacked event, the company assured the consumers regular Android updates will be released. Three years of updates have been promised.

The phone is still expensive but what most people don’t know is that Samsung decided to use plastic for the rear panel. That’s right, there is no glass black, at least, on the regular Galaxy Note 20. It still looks glass but it’s only plastic. The Ultra variant features the latest Gorilla Glass Victus on both the rear and front displays.

Samsung didn’t offer an explanation but we’re assuming it’s all about pricing. Using glass on the Galaxy Note 20 may make it more expensive since it already runs on the newest Snapdragon 865+ processor and more upgrades. It will really be up to you if you can go past the plastic build since it still is a premium smartphone.

On the question, if the Galaxy Z Fold 2 has S Pen support, sorry to say, it’s not ready yet. The Galaxy Note 20, Note 20 Ultra, Galaxy Tab S7, and the Tab S7+ offer support for the stylus. It’s understandable if the foldable phone can’t work with the S Pen yet. Samsung needs to perfect the foldable display technology first before it can add another major feature.