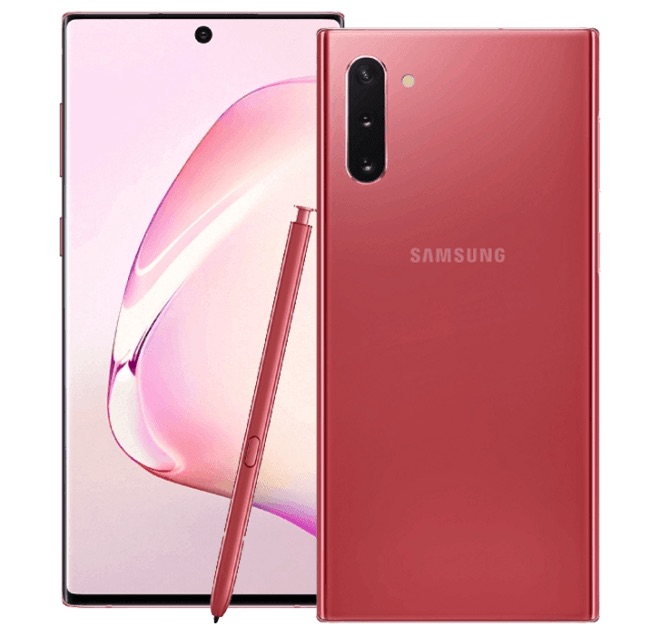 While we only have to wait a few more days, supposedly, for the announcement of the new Samsung Galaxy Note 10, it looks like the rumour and leaking mills are working overtime as well. We’re now seeing leaked images of the rumored pink color variant of the upcoming phablet and it is as, well, pink as you would expect. The Note 10 is also expected to come in blue and green although we haven’t seen pictures yet, and even a black and silver gradient called “Aura”.

According to a post on WinFuture, these leaked images are those of the rumored pink version of the Galaxy Note 10. It’s not the first time actually that Samsung has come up with not just your usual blacks and whites and blues. The predecessor of the soon-to-be-announced device, the Galaxy Note 9, had a lavender variant as well and it proved to be a popular one, hence the pink one now for this new device.

In terms of specs, there isn’t really anything different from this variant except for the color. It has the Samsung Exynos 9825 processor, 8GB of RAM and 256GB of internal flash memory, but with possible card expansion. One of the selling points of the phablet is the S-Pen that comes with it, and for the pink variant, It of course matches the phone’s pink color. It also has the Infinity-O hole in the center of its AMOLED display, which might not be to everyone’s taste but it still looks better than the notch.

However, this pink version may not be available in all the countries where the Galaxy Note 10 will launch initially. Only some regions will have it while the black and silver options will be the one that will most likely be more widely available. But as to which regions will have the pink one, or the blue and green for that matter, we don’t know at this point.