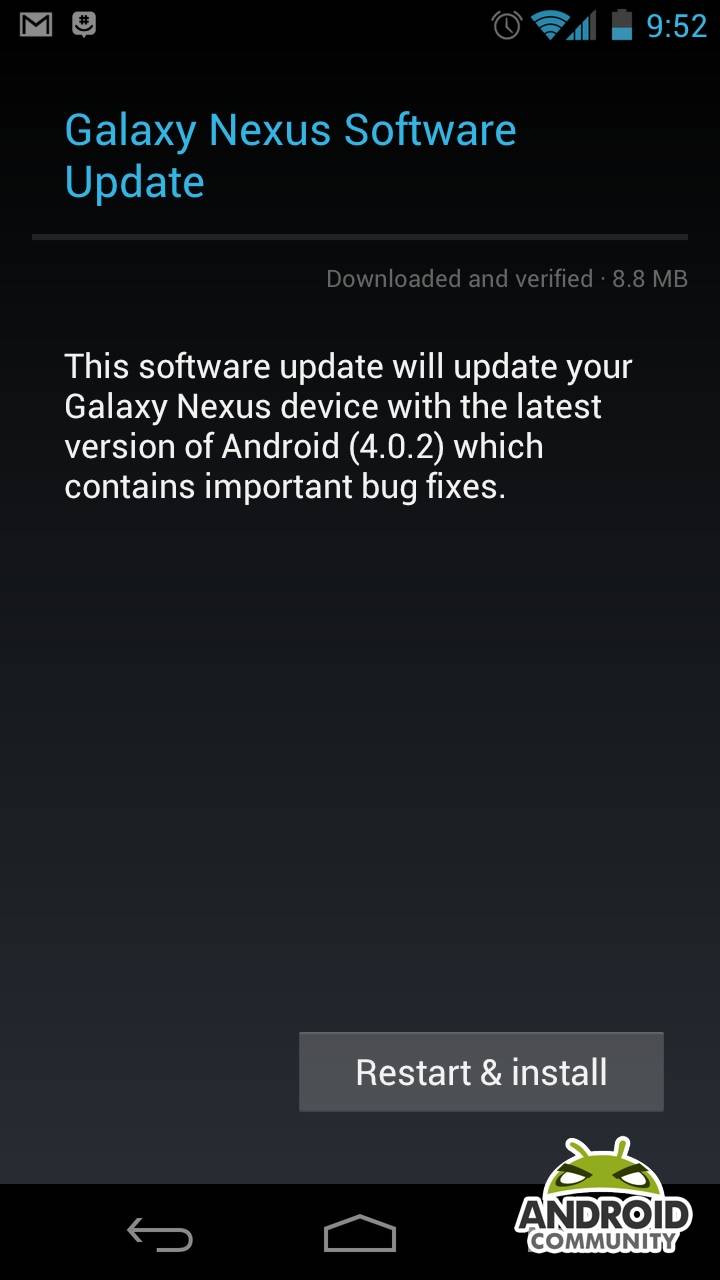 Google has begun distributing Android 4.0.2 to Galaxy Nexus owners using the GSM version of the handset. The update – which popped up on one of our GSM Nexus devices today – weighs in at a mere 8.8MB, and is described as containing “important bug fixes.”

The exact nature of those bug fixes isn’t explained, however. Our handset automatically downloaded the new firmware OTA and flagged up the update in the notifications bar; if your device hasn’t already spotted v4.0.2, you can prompt a check for new firmware through the settings menu.

Despite the new version, GSM owners of the Galaxy Nexus are just getting up to speed with the Verizon Galaxy Nexus LTE, which is currently running Android 4.0.2 already. We’re hoping this new software addresses some of the minor issues we’ve been having with the GMS Nexus, including the occasional restart and incoming calls going silent within the first minute of answering. Let us know how you get on in the comments.