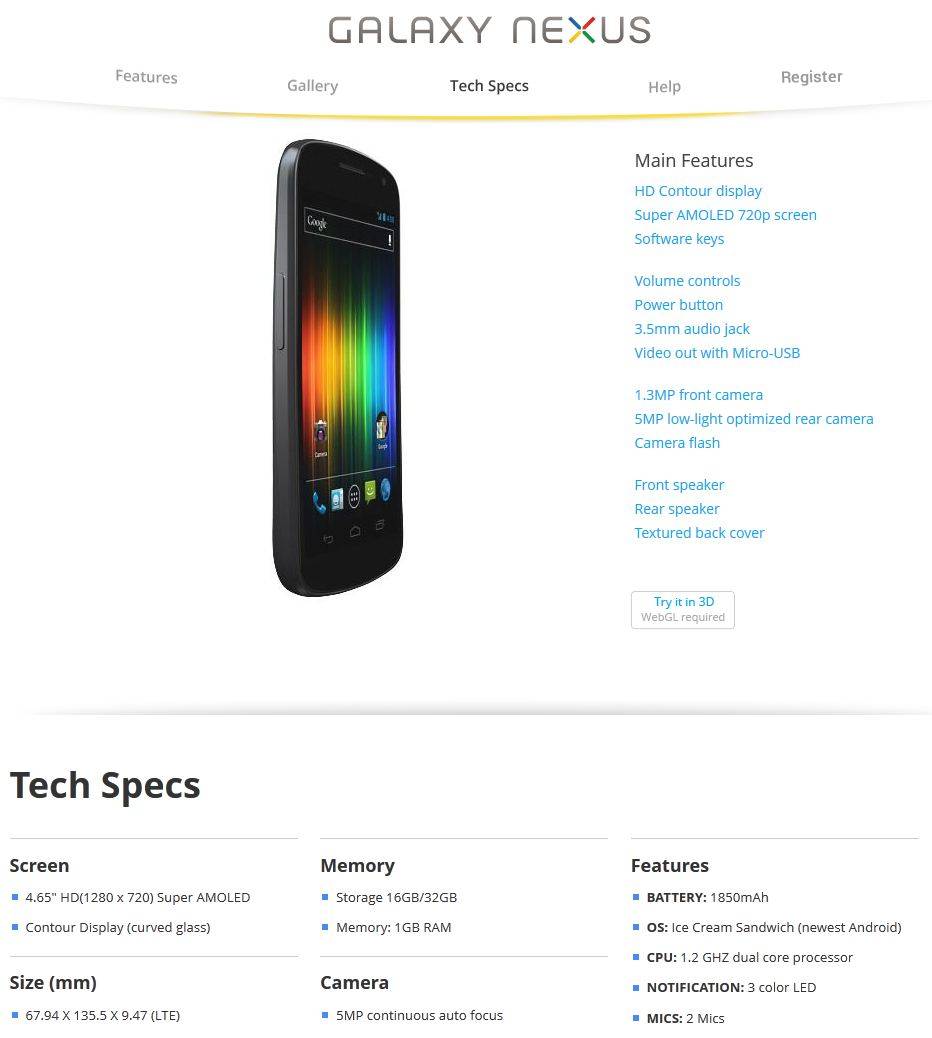 The Nexus news is coming fast and furious today: after an official Verizon-branded Galaxy Nexus appeared on Google’s own instructional videos, the official Galaxy Nexus website has been given yet another visual makeover. Hidden within the shiny promo images and 360 degree demonstrations is the official thickness of Verizon’s LTE version of the phone: 9.47mm. That’s just a hair thicker than the phone’s HSPA+ brother, now on sale in the UK. The extra bulk is likely to accommodate the LTE radio and/or a beefier battery.

Verizon still hasn’t let out a peep about the release of the phone, save a logo-only appearance on the Verizon Wireless website. Today was one of many of the rumored release dates for the US’ exclusive primary Galaxy Nexus partner, but Verizon seems content to let the Europeans have all the fun for now. I’m sure they’d be happy to sell you a DROID RAZR or HTC Rezound in the meantime.

Passive-aggressive blogger ranting aside, we’re positive that the Nexus is coming sooner rather than later. After the phone finally made it through the FCC with Verizon’s LTE bands, it seems like a release is imminent. A Phandroid forum poster is showing what appears to be promotional material for a Verizon store, confirming the 4.7mm thickness and the rest of the Galaxy Nexus’ Ice Cream Sandwich features. Take note that these images (see gallery below) don’t feature anything we haven’t seen before, and could easily have been faked.

Just a little while longer, folks. Take it one day at a time… and be sure to make snide comments to your British friends.