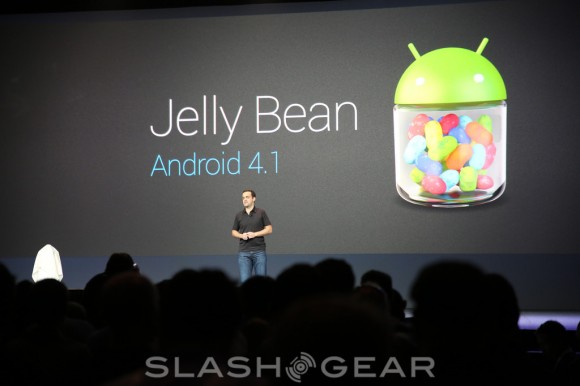 If you’re the sort that lives for new versions of Android to hack up and try to run on your own device, you’re going to have a field day with this. Someone discovered the official Android 4.1 Jelly Bean update lounging around on Google servers ahead of the official launch next month. The installer discovered appears to be the same one that will be pushed out to the Galaxy Nexus smartphones Google handed out developers at Google I/O this week.

What we know about Jelly Bean so far is that it has a new notification system and uses a Google project aimed at reducing lag in the interface called Project Butter. The operating system also has a new Google Voice Search system taking aim at Siri on the iPhone and offers app encryption. The new version of Android will also have Google Maps off-line navigation and off-line voice dictation for US English.

If you want to grab the Android 4.1 update, you can download it here. There is no indication of if this is a stable working version of the operating system at this point. In other words, install this at your own risk. Google is expected to roll out the update officially sometime in the middle of July.