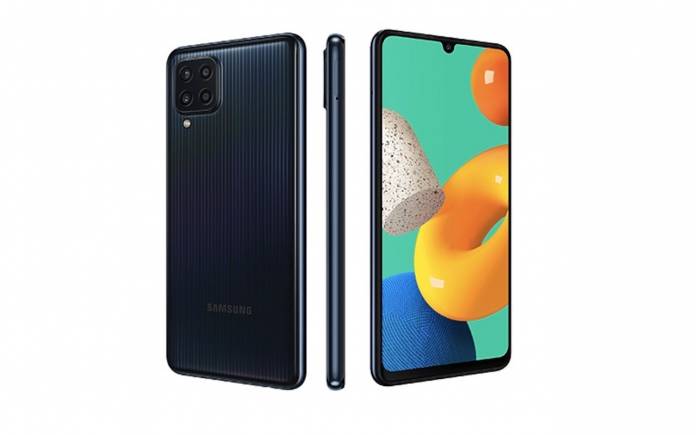 We already know Samsung is going to ignite the mid-range phone market in India on June 21, when it’s slated to launch the Galaxy M32. Successor to the Galaxy M31 that was launched in the country last year, the Galaxy M32 specifications and features have been divulged ahead of its imminent launch. The handset has been listed on Google Play Console.

Indian vlogger has also managed an unboxing video (above) with the upcoming phone, which reveals everything there is to know about the phone. First up, the phone comes with an impressive 6.4-inch Super AMOLED display with 800nits peak brightness and U-shaped notch.

This is a 90Hz screen, which comes with standard and adaptive refresh rate setting. The latter ensures that the phone automatically switches to 90Hz refresh rate when necessary; in a way helping with the efficiency.

Talking of which, the Galaxy M32 is powered by a mediocre MediaTek Helio G80 chipset and features 6,000mAh battery with fast charging support. The processor is paired with 6GB of RAM, there is no word on the onboard storage as of yet. The unboxing video suggests the phone is packaged with a USB Type-C cable and a 15W fast charging adaptor.

For the optics, the Galaxy M32 features a quad-camera array on the back which is spearheaded by a 48MP main camera – whereas the predecessor, the Galaxy M31 had a 64MP main shooter. That said, the other partners on the setup include an 8MP ultra-wide camera, 5MP macro lens and another 5MP depth sensor. On the front, the phone has a single 20MP selfie camera.

The Galaxy M32 has a nice gloss and matte combo finish with a side-mounted fingerprint scanner and it runs One UI 3.1 based on Android 11. To be priced at around Rs. 17,000 ($230) it comes with a lot of bloatware. The preinstalled apps can be deleted but it’s still something Samsung could have avoided.