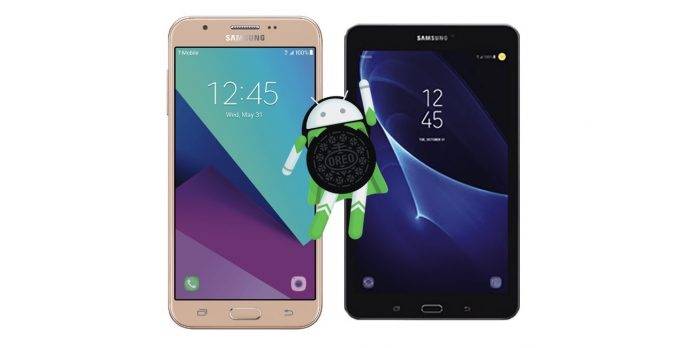 Before the Samsung Galaxy S9 duo hits the mobile market, the South Korean tech giant is offering good news to those who own a Galaxy J7 Prime and Galaxy Tab E. The two devices are already due for the cookie update but it’s only now that we’re learning both devices are already in their Manufacturer Development phase. This means the next Android 8.0 Oreo version will soon be developed and tested for the Galaxy phone and tablet.

Manufacturer Development Phase also means Samsung, the device manufacturer, and T-Mobile, have made an agreement to support the new software update. At this point, the phone maker will be developing the Oreo for the two products mentioned.

As with most Galaxy Oreo updates, the Galaxy J7 Prime and Galaxy Tab E will receive a number of major enhancements and new features such as picture-in-picture mode, Autofill Framework support, native support for OMS, background app limitations, Dolby Atmos audio integration, and a new boot logo. We’re expecting the update will include the latest Android security patch and hopefully, the same month as the release of the mobile OS. It will also include upgrades and fixes for the Meltdown and Spectre CPU security flaws.