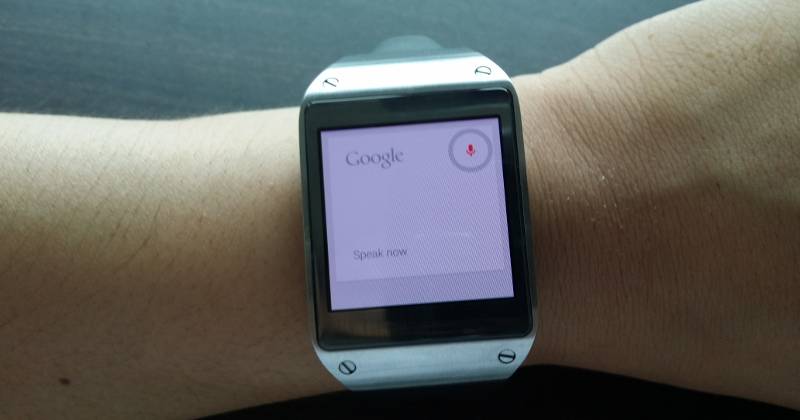 So Android Wear is out, and the first wave of smartwatches is already on its way. But what if you were an early adopter and purchased the first Samsung Galaxy Gear with your hard earned money? No need to turn green- or teary-eyed just yet as you can still put some pizzazz into your smartwatch, all thanks to a custom ROM simply called null_.

Before we embark on a semi-perilous journey, one needs to ask the important questions first: Why? The rather arrogant answer would be “because you can”. As it turns out, the Galaxy Gear is actually a competent beast. It may not have the exact same components as either the Gear 2 or the Gear Live, but it does come close. The CPU is actually a dual-core one capable of running at 1.6 GHz max, but Samsung has it throttled to one core at 800 MHz. There is also 512 MB of RAM sharing space with 4 GB of ROM. It may not have a heart rate sensor, but it does have a camera. Bottom line: it can do more than what Samsung has limited it to.

The other and probably more important reason is that flashing this particular custom ROM opens up your device to a new world of possibilities. You’ll practically be running a regular, full Android installation (the default smartwatch interface is actually just TouchWiz anyway) and even connect to the Internet on the device, via Bluetooth tethering. Of course, you’ll be doing things within reason and within the hardware’s limits. And finally, it can be fun!

But what exactly do you get when you install null_ ROM on your Galaxy Gear? There are a few benefits, but one that really opens up the floodgates is the ability to connect to the Internet on the smartwatch itself. This uses Bluetooth tethering, so do note that the usual network/carrier restrictions and data and battery usage do apply. Of course, you might not want to browse the web on such a small screen even if you can, but there are other uses that connection. You can download and update apps from Google Play Store directly (yes, Gapps can also be installed) instead of sideloading them. You can fire off an e-mail if you really need to, hopefully with a better suited keyboard. And perhaps more interestingly, you can now use Google’s Voice Search, opening up the possibilities of an S-Voice replacement on the device. You can even get Maps working directly to some extent. Do note that some apps, especially Google ones, won’t install or work because null_ ROM is glued to an older version of Google Play Services. 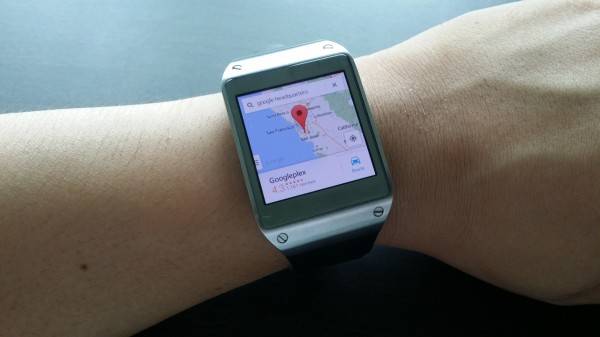 For the more daring users, you can optimize the hardware the Galaxy Gear. You can overclock the CPU to up to 1.6 GHz or down to 200 MHz, of course with performance and battery consequences. Setting it between 800 MHz and 1.2 GHz might be safest bet. null_ ROM also installs a few Xposed modules so that you can tweak the experience even further. For customizers, you can use any launcher of your choice. Of course, that has also been possible before through sideloading, but now it is easier to switch, install, and remove them as wanted. You can keep on using TouchWiz, which is really better optimized for a smartwatch, but note that sometimes your installed apps seemingly disappear. (PROTIP: When that does happen, you can use S Voice to open up any other launcher, go to the App Manager in Settings, Force Stop TouchWiz and then launch it again). During the flashing process, null_ ROM lets you choose whether you want a Full UI, with the notification panel, or the regular smartwatch UI. Both work, but they don’t really mesh well. If you do choose to have a notification panel around, best to use a different launcher. And no matter your choice, you won’t be seeing a regular navigation panel. (There is one actually, but it appears as an invisible bar and takes up too much space). You can still use the regular TouchWiz gestures of swipes, double taps, etc. 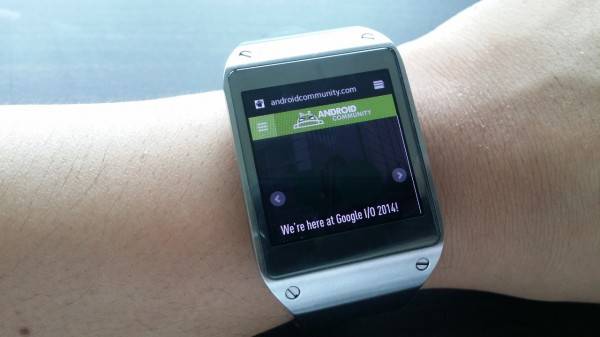 Of course, there will be some drawbacks to this kind of new life. Your data consumption is definitely aversely affected, since you’ll be channeling data to the smartwatch in addition to your smartphone or tablet. But the biggest hit of all will be the battery. Overclocking the CPU, which naturally has its own risks, and keeping the Internet connection open will drain your battery in no time flat. And it’s not just the smartwatch’s battery. Even your smartphone will be drained faster because of Bluetooth tethering. It could be worth the price. Best to keep this in mind and only enable Internet tethering when you need to or when you’re sure to have an emergency charger at hand.

null_ ROM might be fun and, to some, potentially useful but its definitely no Android Wear, which is optimized and streamlined for smartwatches. At least based on Google’s vision. There is still an active community around the Galaxy Gear at XDA, so there is a slim chance that someone could port it over to this older, but very much capable, hardware (though the Exynos chip instead of a Snapdragon might be a stumbling block). But even if Android Wear never comes for the Galaxy Gear, null_ ROM makes the system open enough for possible mods and tricks that could turn the semi-vanilla Android on the Galaxy Gear into something equally, or maybe even more, interesting.