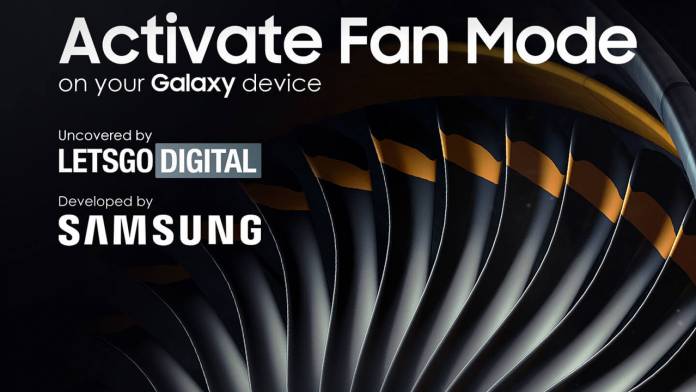 Modern smartphones are capable of handling high graphics intensive games in multiplayer modes, which pushes the thermal throttling to the peak. Though there are passive cooling solutions in place, something better always has its merits, and a physical cooling fan is the best solution. This brings to mind the Nubia Red Magic 3 or the Lenovo Legion Phone Duel 2 gaming phones that have tiny cooling fans to do away the heat from the GPU and CPU, ensuring peak performance where other phones would go into thermal throttling.

Samsung seems to be sizing its options when it comes to high-performance phones with a trademark application (in Europe and the United Kingdom) recently spotted by LetsGoDigital. According to it, Samsung has “Activate Fan Mode” for Galaxy devices in contention in the coming future.

By what’s transpiring here, the future Galaxy device might be equipped with an internal cooling fan that can be activated manually by the user. Samsung does provide cooling solutions in its devices, and has done so in the past too in the form of Water Carbon Cooling system, or the Copper Vapor Chamber cooling – but this is something new. 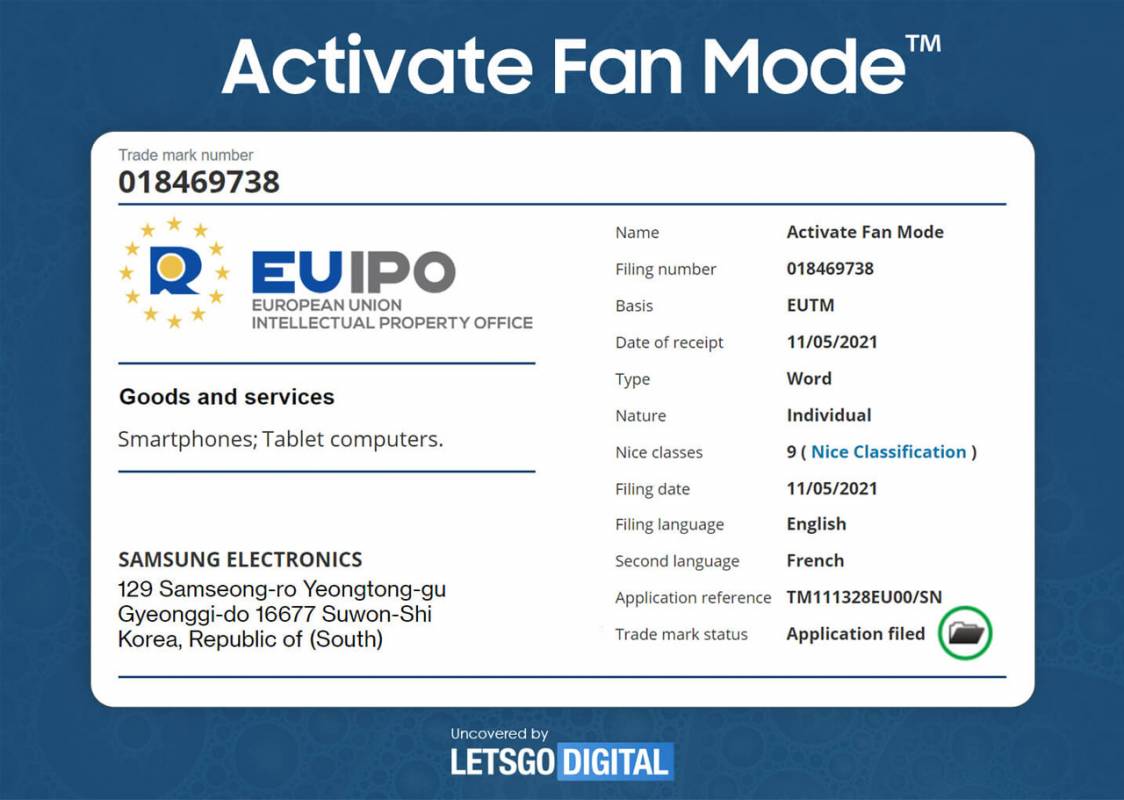 It is pretty clear, the hardware will be targeted for a gaming-oriented phone in the Galaxy line-up as already there is an exponential rise in the mobile gaming market. Add to that the cloud gaming services which are coming up in a big way, and gaming phones are going to be the norm.

With Exynos 2200 also set to release maybe this year, it won’t be surprising to see a Samsung Galaxy phone released for the very lucrative section of the phone market. For not though we can only speculate and it remains to be seen if and when this Galaxy gaming phone will be a reality.