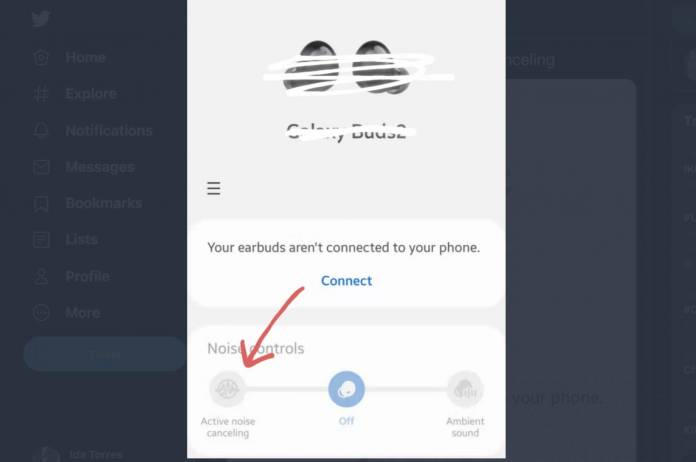 The early reports about the upcoming Samsung Galaxy Buds2 initially said that it will not have the popular feature Active Noise Cancellation (ANC). But a new post by a noted leakster has provided “evidence” that the new truly wireless earbuds from the Korean OEM will actually have it. Of course, we will only be able to confirm this piece once they make the official announcement but at least there’s hope that ANC will be there for those looking to get the Galaxy Buds2 when it eventually comes to the market.

Noted tipster Ice Universe tweeted out a screenshot that “reveals” that the Galaxy Buds2 will have ANC. The noise controls setting shows three levels: Ambient Sound on the far right, Off in the middle, and then the beloved active noise canceling on the left. Currently, only the Galaxy Buds Pro and the Galaxy Buds Live have it while the Galaxy Buds and Galaxy Buds+ have to just rely on passive noise suppression.

Previously leaked details about the Galaxy Buds2 include also passive noise suppression, silicone ear tips, and Ambient Sound mode which goes together well with those ear tips. A pairing video was also leaked this time by EV Leaks. It will also supposedly have better bass as the original Buds’ bass output was not so good, according to GSM Arena. It has since then improved with the Galaxy Buds+ and of course, the levels were excellent with the Galaxy Buds Pro. But we can’t expect the Buds2 to match that.

With the Galaxy Buds2 reported to cost around $150-$170, which is almost at par with the Galaxy Buds Pro, it must have better specs than the others or at least at par with the Buds Pro. So having ANC is not that far-fetched actually as we know that having that feature will raise the value of truly wireless earbuds. As to what other features we’ll get, we just have to wait for more leaks and rumors until the official launch.

It looks like the official date of the Samsung Unpacked event is August 11 although these are still just rumors. Expected to be unveiled during that event, aside from the Galaxy Buds2, are the Galaxy Z Fold 3 , the Galaxy Z Flip 3, and the Galaxy Watch 4.