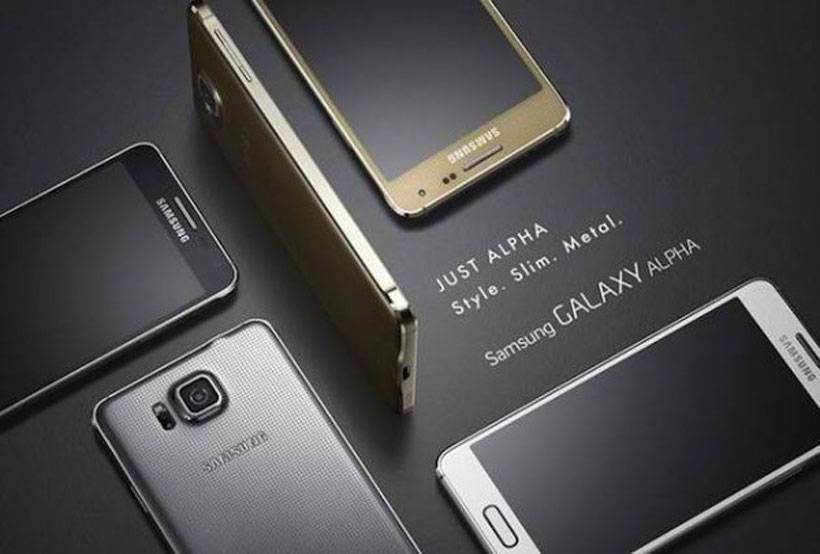 A few days ago, we learned that AT&T would be selling the Samsung Galaxy Alpha smartphone, fast forward a few days and the smartphone is now live on the AT&T website. All three white, gold and black version of the smartphone are on the site along with the full specifications for the device. The Galaxy Alpha is priced at $199.99 with 2-year contract, or a $612.99 without service contract.

The Galaxy Alpha has a 4.7-inch Super AMOLED display with full 1080p resolution. The front camera on the smartphone is a 13MP unit with LED flash and 4x digital zoom paired with a 2MP front camera.

Under the hood is a Qualcomm MSM8974 Pro quad core processor running 2.3GHz and 3GB of RAM according to AT&T. Internal memory is up to 32GB and a memory card slot is available for storage expansion. AT&T appears to have a couple mistakes on the specifications side of the page as of the time of writing.

The specs page calls out a 5.7-inch full HD screen when we know the device to have a 4.7-inch screen and had previously reported 720p resolution. We have previously heard that the Alpha had 2GB of RAM and AT&T calls out 3GB. The operating system is Android 4.4 KitKat.