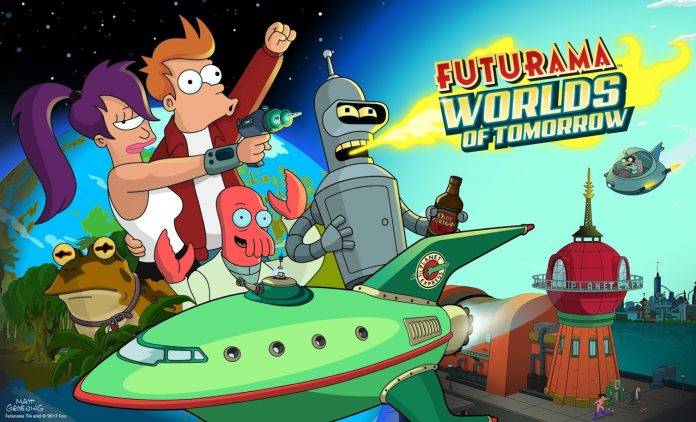 If you were a fan of the cult animated TV show Futurama which aired back in 1999, then you still probably miss this hilarious sci-fi comedy from the creator of The Simpsons, Matt Groening. Well, the good news is that it’s making a comeback but before you go to Netflix and Hulu and Amazon Prime to wait for a new series, it’s actually more of a mobile game for your Android device. Well, at least you get to relive what made it such a favorite of yours, this time in a game format.

The game actually carries a whole new storyline from the original creators and in it, you get to play either Fry, Leela, Bender, or any of the characters you liked in the show. You will battle the aliens in 16-bit combat and also control the story according to the choices you make. You would first need to build and customize your very own New New York before you start exploring the other worlds and go on funny space adventures, as you do in the Futurama world. 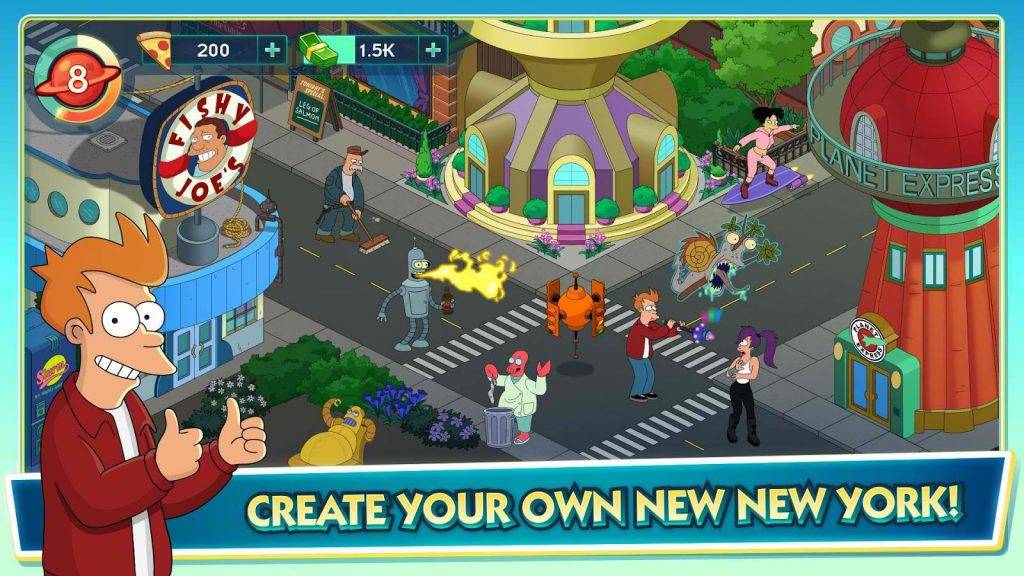 Even though the characters you play are familiar faces, you can also customize and level them up, as well as unlock funny and unique outfits. You also get to choose the crew to go with you on the challenges, which includes collecting artifacts and trying to not let the universe fall apart.The dialogue sticks to the sense of humor that made the show pretty popular back when it first came out, written by Groening himself and David X. Cohen.

You can download Futurama: World of Tomorrow from the Google Play Store for free. It has ads and in-app purchases as well.