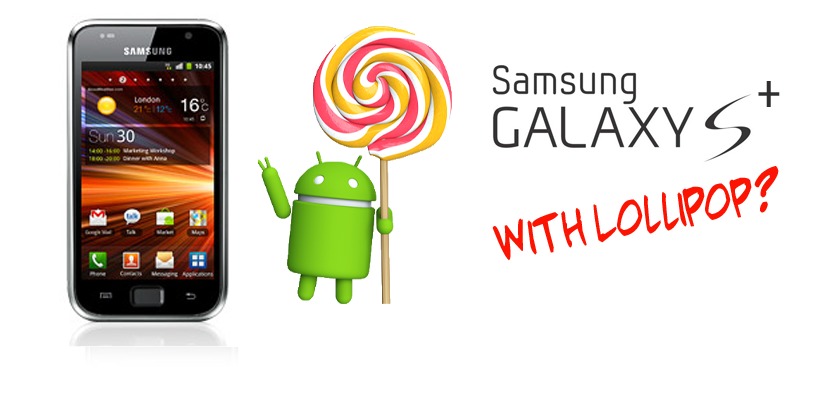 Is there any Android build out there that the venerable Samsung Galaxy S Plus can’t run? You’ll be hard pressed to find one that will not run in one form or another for one of Samsung’s first Galaxy smartphones launched in 2011 (that’s almost 3 years ago kids) and ended up officially only with Android 2.3 – this is because all of the aftermarket attention it got. Evidence of this came this week, with a highly functional build of Android 5.0 arriving for the Galaxy S Plus.

Even before this, the old unit has had Jelly Bean and KitKat builds ported to it via tweaked versions of CyanogenMod 10 and 11 – and those have been warmly received by people who still own the Galaxy S. As with those that came before, the Android 5.0 build for the Galaxy S Plus originates from an unofficial build of CyanogenMod 12, the Lollipop version of the highly popular aftermarket firmware.

While you can’t say that the Lollipop build for the Galaxy S Plus is fully functional, most of the essential features do work, and then some. These include the basics (call, SMS, wifi), audio functionalities, GPS, legacy sensors (gravity, linear acceleration, rotation vector), camera, Bluetooth, and USB mass storage among others. There are bugs – you should expect those – like the non-working power-off charging animation (really, this is a nitpick), and a call UI that has lags.

That is why this build developed by XDA contributor “Christopher83” has been dubbed as a “highly functional” one – you’ll be able to use most of the features on your old Samsung Galaxy S Plus. If you own one, head on over to the official forum thread at XDA.