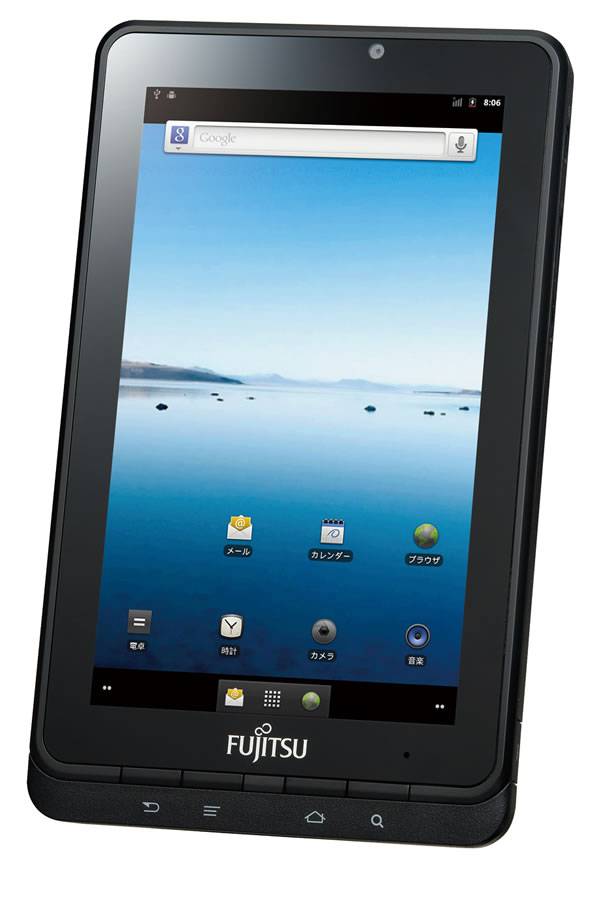 Android tablets are getting better, especially if you do a little research before you buy. That said, consider this post all the research you need for Fujitsu’s new tablet bound for Japan. The Stylistic M350 is overpriced, underpowered and underdone – if it were a loaf of bread, it wouldn’t need a few extra minutes in the over ad a swift chuck into the nearest garbage can. What inspires this complete lack of confidence in the new tablet? Read on, Android enthusiasts, and cringe.

At first glance, the Stylistic M350 looks like your basic low-end Android tablet. A 7-inch screen with 1024×600 resolution is’nt anything great, but it isn’t bad either – that the default resolution for a “reader sized” 7-inch tablet. 1GB of RAM is more than you’ll see on similar devices, but a 1Ghz processor is significantly less. Gingerbread runs on board, which is disappointing, but nothing new. It looks like Fujitsu added almost nothing on top of some basic handwriting recognition – even the default Gingerbread background (which isn’t sized right for the screen) is shown off. Fujitsu didn’t even charge up the device fully or remove Android’s telephony apps: you can see an empty cellular signal icon, even though the tablet is limited to WiFi and Bluetooth connections. Forget about Google apps or the Android Market.

But the really laughable thing about the “Stylistic M350 Professional Android tablet” is the price: 38,400 yen. If you haven’t been keeping up on your Japanese-American exchange rate, that’s roughly $455. Yup – $455 for a tablet that’s barely better than a no-name model you might find on a Wallgreens shelf in shrink-wrap packaging. If you’re still interested (hint: you shouldn’t be) you can revel in the exciting six hour battery life, 8GB data capacity and MicroSD card slot.