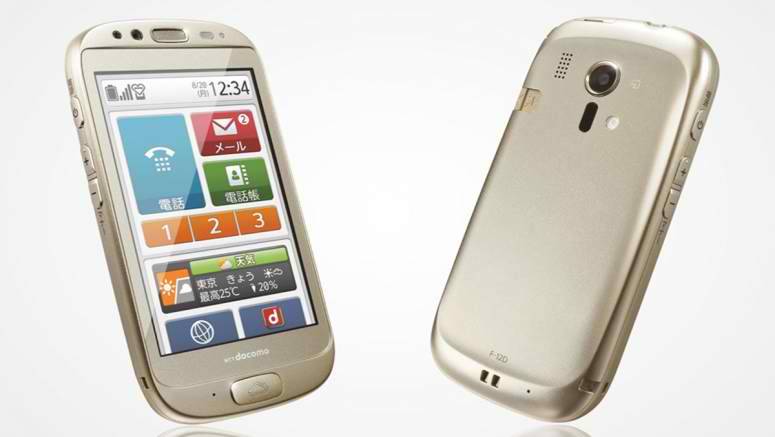 When you’re having trouble competing with the big dogs in the market, it’s time to try and make a market of your own. That might be the strategy that Fujitsu is employing as it tries to address a niche market in Europe: that of aging smartphone users.

There is definitely a market for older smartphone users, or at least there will be soon, when today’s smartphone-savvy generation enter into their golden years. By that time, feature phones, which are currently the champion of those more advanced in age, will no longer be enough. Maybe by that time, even big brands like Samsung and Apple will no longer be household names. Fujitsu wants to be more stable than them and will, therefore, attempt to target a niche market instead of going all out in an already crowded playing field.

Fujitsu outed its Raku-Raku smartphone for senior citizens in Japan around the middle of 2012. It also unveiled a new model in September this year. The Raku-Raku runs a version of Android heavily modified to fit the limited mobility and accuracy typical of older users. Aside from huge fonts and icons, Fujitsu has also made the phone require more deliberate pushes instead of light taps so that users can acclimated to a less haptic kind of interface.

But Raku-Raku is more than just a smartphone for the aged. It also represents Fujitsu’s first venture outside of Japan. Last June, the company also teamed up with French carrier Orange SA to deliver the smartphone to its customers. According to Fujitsu, that was met with resounding success and three other carriers have approached it for more business opportunities. Fujitsu hopes that this new market will help it reclaim the millions that it lost this year in the mobile industry and put it back on the IT map, at least in Europe.