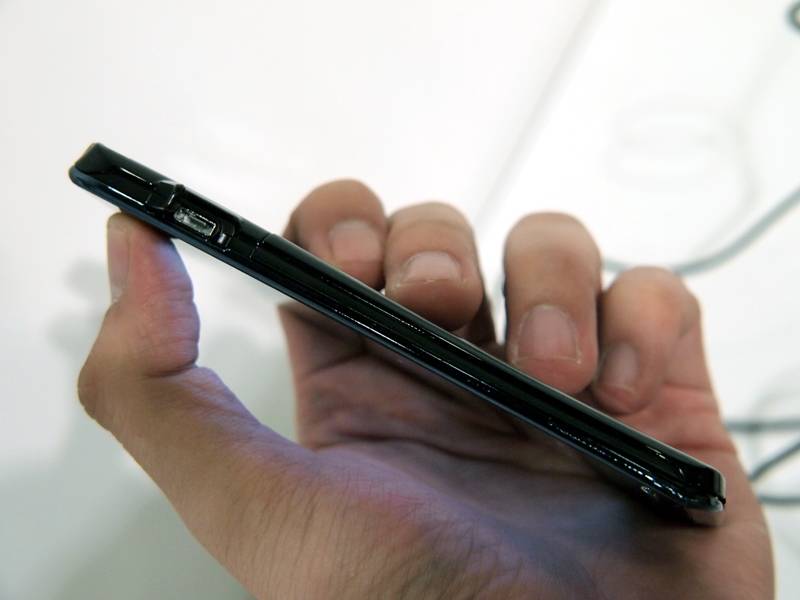 We haven’t heard much from Fujitsu regarding Android smartphones but today the F-07D has just cleared the FCC and has officially taken the world crown for the thinnest smartphone. The DROID RAZR was recently launched and is amazingly thin at just 7.1mm but that’s now a thing of the past as the Fujitsu Arrows is only 6.7mm thick.

Compare that to the iPhone 4S coming in around 9.3mm it makes it sound like a fatty. The new Fujitsu Arrows F-07D smartphone might not have a dual-core processor or a large and powerful 8 megapixel camera like the DROID RAZR but it doesn’t have that lovely hump around back either. The specs aren’t the best but they aren’t bad. 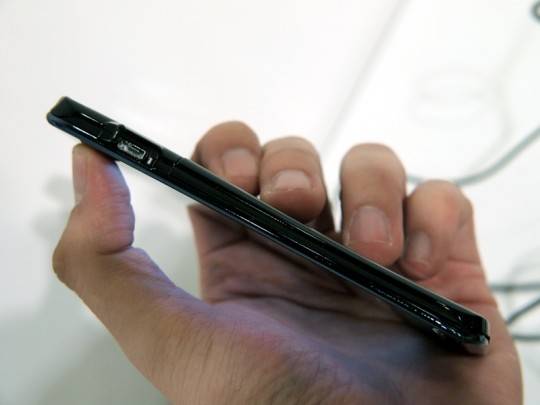 The Arrows F-07D features a 4.0″ 480 x 854 resolution, Android 2.3 Gingerbread with a single-core Qualcomm Snapdragon 1.4 GHz processor, 512MB of RAM, 1GB internal storage and a 5 megapixel camera. All covered in gorilla glass for strength. Shown in the image above we have a micro-USB port and micro-HDMI as well nicely on the side and that image also gives us a clear view of just how beautifully thin the phone really is.

The Fujitsu Arrows F-07D will be released by NTT DoCoMo in 2012 but we have no further details on pricing, availability or other markets that may see this thin and sleek Android phone.