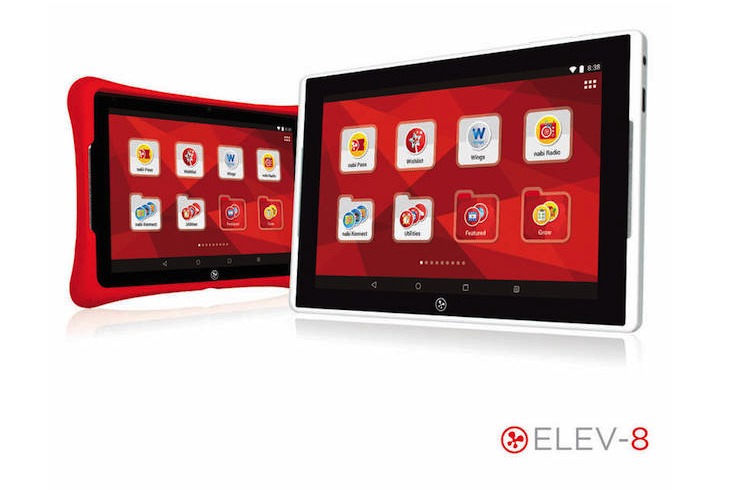 It’s been a long time since we saw a new tablet from Fuhu. The last we heard from the company was its partnership with Uber by adding nabi 2 tablets to UberFamily rides back in March. Prior to that, larger nabi tabs were introduced along with its own subscription service launched at the CES in January.

Fuhu has just announced a new tablet for kids called the ‘nabi ELEV-8’ that aims to enrich playtime and “elevate” screen time. It’s one affordable tablet at only $169 which already includes free access to nabi Pass for six months. This is Fuhu’s latest flagship Android tablet that is, according to the company, the most kid-focused and most powerful to date.

As with any other kids tablet in the market today, the nabi Elev-8 offers parents peace of mind as made possible by the parental controls. This one features an advanced time control system so adults can limit or set schedule of tablet use. Content available and can still be accessible on the tablet are curated so kids can are always presented high quality choices of videos, apps, and games.