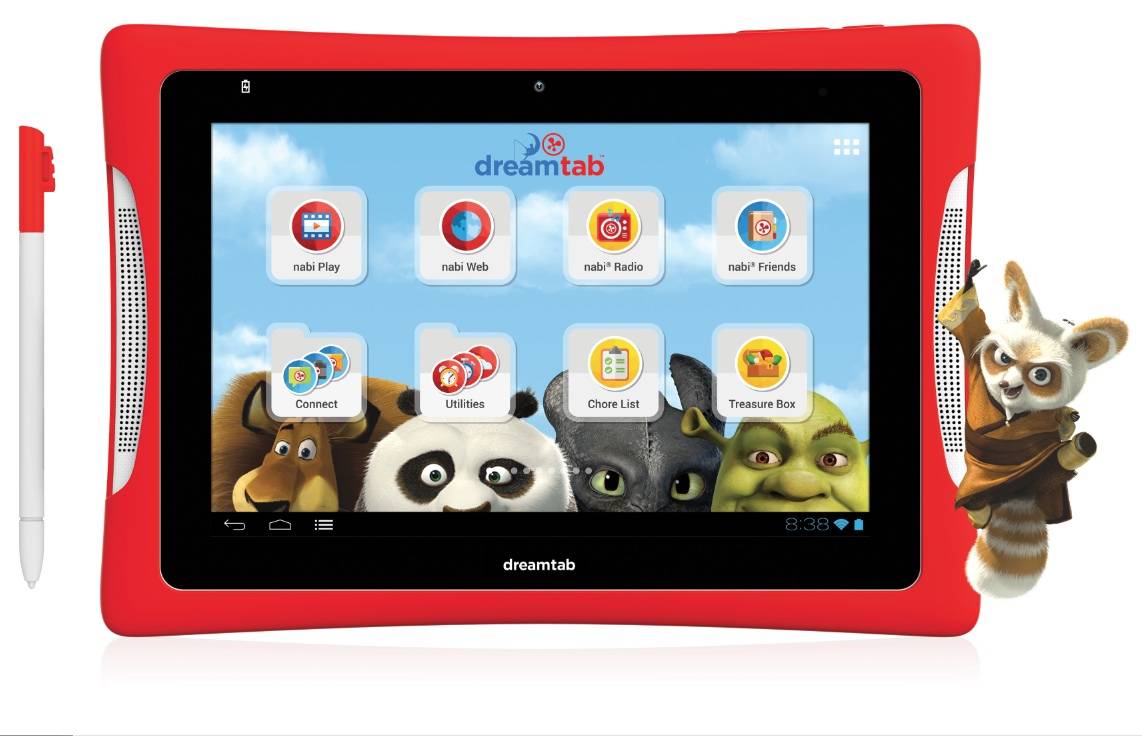 Fuhu might already have a number of kid-friendly tablets in the market, but this latest might be it’s best one yet. Aside from having tons of features for kids, and parents as well, the new nabi DreamTab HD8’s hardware also has enough teeth to make sure that both kids and parents won’t be frustrated by a poor-performing device.

Kids’ tablets aren’t usually well gifted in terms of hardware, the reasoning being they probably won’t need more powerful and more expensive hardware. The Fuhu nabi DreamTab HD8 is clearly an exception. It is powered by an NVIDIA Tegra 4, the very same found on the gaming-oriented NVIDIA SHIELD. It has a decent 2 GB of RAM and 16 GB of expandable storage. There is a rather low 5 megapixel rear camera and a 2 megapixel front shooter, but that can be forgiven in light of other specs and features. And the 8-inch display isn’t some low-res screen but one that supports 1920×1200 Full HD resolution. Definitely sounds like a top of the line tablet, but one that’s designed with kids in mind.

Continuing its partnership with DreamWorks Animation, Fuhu has imbibed the nabi DreamTab HD8 with countless fun and educational apps for kids, but also strong control and monitoring features for parents as well. Of course, one can expect popular DreamWorks characters to come to life in this tablet, especially with the NFC-based games. Quite interesting is the presence of a stylus that can be used with many of the apps. And this isn’t just any stylus but one that is made by Wacom, the very same type of pressure sensitive stylus found on the likes of Samsung’s Galaxy Note series. Also peculiar to this tablet is Blue Morpho, and user interface overlay that turns the Android operating system into something that a child can and will want to use.

Given these features, not to mention the amount of brand licensing involved, it is easy to presume that this tablet will cost quite a bit. Surprisingly, Fuhu has managed to do the impossible and keep the suggested retail price at $269. The Fuhu nabi DreamTab HD8 now debuts at Wal-Mart and Target as well as other select retailers in the US.