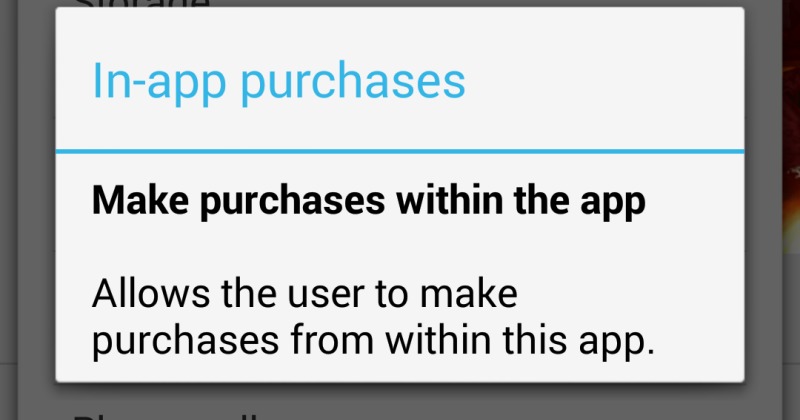 The Federal Trade Commission ordering tech giants to pay up for unlawful charges is nothing new. Earlier this 2014, Apple was slapped and asked to pay $32.5 million to consumers for unauthorized mobile charges. Last July, FTC filed a lawsuit against Amazon for easy in-app purchases. Before that, it accused T-Mobile of billing unwanted charges to customers after receiving numerous complaints about the matter.

Google received a similar complaint for unfairly billing consumers unauthorized charges for in-app purchases accidentally made my children. The search giant allegedly received millions from the charges but the company should refund at least $19 million. Google agreed on a settlement to refund the money. Hopefully, the issue will be over soon.

The case started when FTC received complaints of consumers being charged for their children’s purchases using their Android devices from the Google Play app store. Problem was phone owners where charged unknowingly and without authorization.

The case filed by FTC alleged that Google had been doing this unfair practice since 2011. Some account holders even complained of being charged hundreds of dollars for the unauthorized purchases.

“As more Americans embrace mobile technology, it’s vital to remind companies that time-tested consumer protections still apply, including that consumers should not be charged for purchases they did not authorize.”

While in-app purchases are not illegal, the way companies designed the apps and games seem to be tricky. App extras can cost from 99 cents up to $200. Unfortunately, for some and especially for adults with children, they’ve been charged without Google getting their authorization. This resulted to consumers being charged extra dollars on their bill.

Google added pop-up boxes with password authorization before any purchase but did not inform what it was for. Some unlimited charges resulted, much to the dismay of the parents and yes, FTC.

Because of this, Google also agreed to modify its current billing practices to make sure consumers are always informed of future charges. Mobile app purchases can be tricky so users need to make sure consent is properly given or preferences on phone are properly set.

Google was kind enough to agree and settle with the FTC. The latter required Google to give full refunds for the charges incurred by children. Google will have to contact all consumers and inform them of the refund process. The company was ordered to pay immediately and refund the $19 million within 12 months. If Google returned less than the amount, it must remit the balance to FTC for official use and for the benefit of the consumers.

NOTE TO EDITOR: I got the image from Flickr. With Creative Commons License. Is this okay?
https://www.flickr.com/photos/davelawler/8630623522