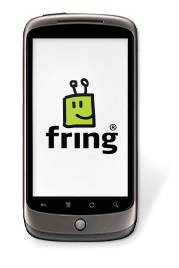 Fring have released a new version of their Android messaging and VoIP app, which promises reduced battery consumption, improved audio quality on the DROID and Milestone, and better support for the Nexus One.  Fring v1.2.0.25 also improves general app stability, something much requested after the software first arrived in the Android Market back in November 2009.

The Android version still lags behind Symbian and other platforms in terms of sheer number of features, as you can see in this diagram.  However, if you’re looking for Skype, MSN and Google Talk VoIP along with IM support, all over carrier data connections as well as WiFi, it’s one of the few apps in the Market that offer it.