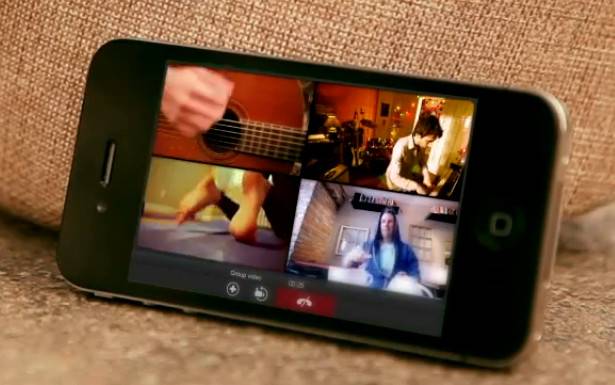 “There is no reason why users need to run home to their PC in order to have a ‘spontaneous’ video call with their friends and family,” said Avi Shechter, co-founder and CEO of Fring. “…we are the first to give users the ability to see all their friends on their phone at the same time, anywhere.”

Fring started the video chat revolution back in 2009, introducing mobile phones to mobile video chat that was one to one and largely fairly dodgy. But as phones have gotten more powerful and networks faster, so has the quality of the calls. And with smartphones moving towards multi-core processors, the ability make group video chat calls is a natural next step. So it makes sense that Fring would be blazing that trail.

The group video chat feature is also cross platform, meaning that Android, iOS callers, and even select Nokia handsets can enjoy each others lovely mugs on the same call. When making a four way call, the screen divides “Brady Bunch style” into four separate windows. And Fring calls are free (data caps do apply, however) . Look for it at the Android Marketplace.