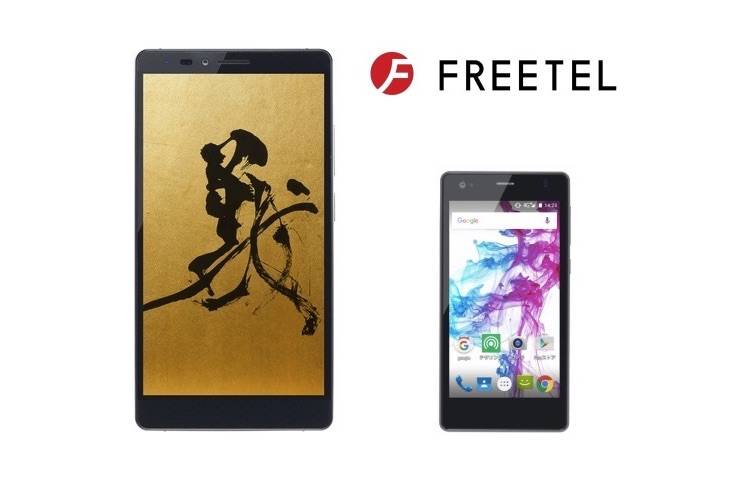 FREETEL is a Japanese phone maker that aims to bring its Android smartphone in the US. We’re mostly familiar with Chinese or South Korean OEMs making it big in the US. With the exception of Sony, Kyocera, and Sharp, we don’t know much about other Japanese brands entering the Android community. Now we know there’s FREETEL with not just one but two phones: Kiwami and Priori3.

The pair is now up for pre-order in the United States. Don’t dismiss the two as just another pair of phones but they will impress you with their specs. The Priori3 is the simpler phone with a small but stunning 4.5-inch dsiplay screen. It’s very affordable at $99 and can work on most networks in the country like AT&T, Metro PCS, Cricket Wireless, T-Mobile, and even other MVNOs in Canada.

Meanwhile, the Kiwami boasts of a large 6-Inch WQHDA display. That’s with 2560 x 1440 pixel resolution already of the Corning Gorilla Glass material. It is powered by and Octa Core chipset, 3GB RAM, 32GB onboard storage, 21MP main camera, 8MP front-facing cam, and a 3400 mAh battery. There’s the standard WiFi, GPS, Bluetooth, and 3.5mm Audio Jack. Phone is only powered by Android 5.1 Lollipop but you can take advantage of the fingerprint authentication and gesture technology.

Both smartphones will be available in June. Freetel is launching just these two for now but Another model will be introduced in the coming months–a flip smartphone called Musashi. Pre-order for the Android phones on FreetelWireless.com.