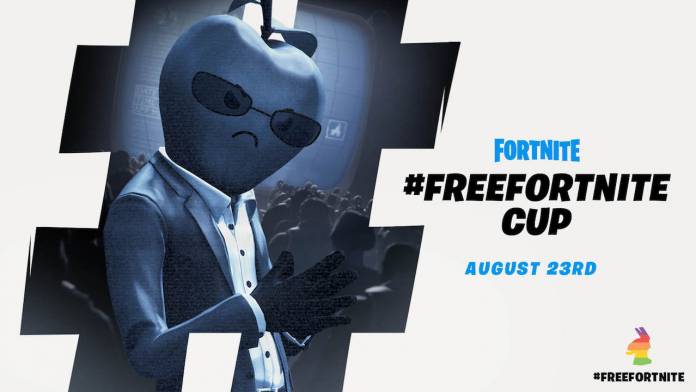 You may no longer find Fortnite at the App Store nor the Google Play Store but you can still play the game on your smartphone. Epic Games still has it on its website. We have no update about its case against Apple and Google but the team behind it knows how to keep things exciting for fans and gamers. As much as we want everybody to be happy. We know something’s going to give. Epic Games just announced some good things like new offers from rewards that will be available in real-world and in-game.

The rewards are said to show the world that Apple’s decision to remove the game from the app store is a bad move. Epic Games has decided to launch Chapter 2 Season 4 on August 27 and the iOS players will not be able to get them. That’s the price Apple has to pay.

The Fortnite devs won’t be updating Fortnite for Apple. It won’t be totally sad because everyone in the Fortnite community can still play together this coming August 23, Sunday.

The #FreeFortnite Cup will be available on all platforms. You are free to play and grab opportunities to win more prizes. The lot includes new gaming hardware, exclusive apparel, and the new Tart Tycoon Outfit.

Chapter 2 Season 4 will be available to play on other platforms like the Xbox One, PlayStation 4, PC, GeForce Now, and even Mac. You can also get the chapter from the Samsung Galaxy Store, picgames.com, and the Epic Games App.

#FreeFortnite is definitely excluding iOS. We find it interesting though it’s still playable on Mac. Feel free to check the app. Go to the Compete tab for more information. You will see there when the event will start.

The event will last for four hours. You can choose to fight as a Solo prayer in 12 matches. Epic Games will take note of the Active Time, Eliminations, and Victory Royale. Watch out if you can win the Tart Tycoon Outfit, an adjustable hat, and thousands of gaming hardware and accessories. You can also win the following gadgets: Alienware Gaming Laptop, Samsung Galaxy Tab S7, OnePlus 8, Sony PlayStation 4 Pro, Xbox One X, and Nintendo Switch.