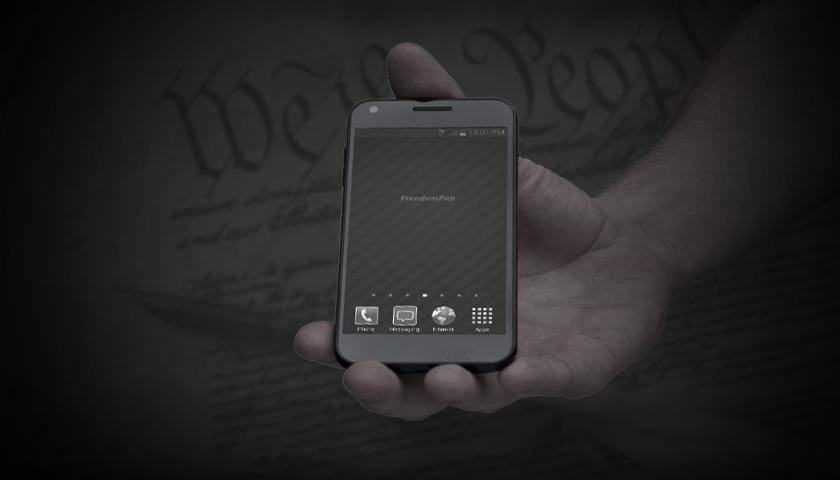 The “Snowden Phone”, or it’s more formal name of Privacy Phone, is just one in the latest series of security and privacy conscious smartphones announced of late. Through a combination of encryption, VPN, and cryptocurrency, FreedomPop’s Privacy Phone is advertised as the perfect mobile device for those who mind their mobile footprints, including whistleblowers and perhaps even ne’er do wells.

The recent spotlight shone on abuses in spying and surveillance, especially by the government, has caused a bit of concern when it comes to people’s right to privacy. Few people, however, are willing to go cold turkey on all the benefits and conveniences that the mobile world affords. Now you don’t have to, at least if you buy into FreedomPop’s idea of the Privacy Phone.

For voice calls and text messages, the phone uses 128-bit encryption to protect them from eavesdroppers. For app usage and Internet activities, the data is first piped through a VPN or virtual private network, hopefully hosted on a server in a less complicit country. The carrier even offers those extra concerned with the option to change their phone number on a whim. Unfortunately, all these features will most likely also attract less conscientious individuals. FreedomPop isn’t really bothered since it views the device like any other tool that can be used for good or otherwise.

The FreedomPop Private Phone is actually a redressed Samsung Galaxy II. The carrier is offering it for $189 without a contract. However, the features, of course, will cost extra. The first three months is offered free with unlimited voice, text, and 500 MB of data. After that, users will be billed $10 a month. To keep everything extra private, owners can pay for both the smartphone itself and the monthly fee using Bitcoin.