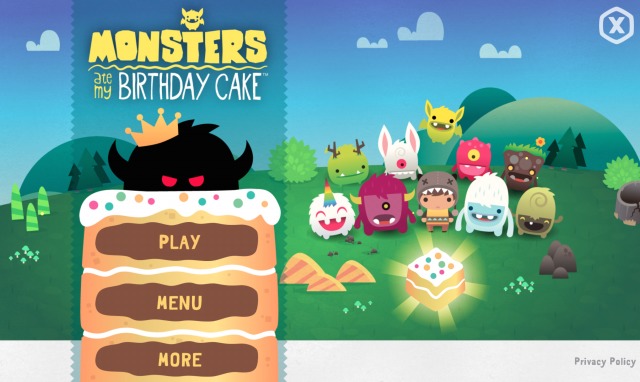 While most of the apps that become free on Google Play Family are meant to be played by kids, no one’s really stopping the adults from actually enjoying these free apps. The mechanics and gameplay may be simple for the games, but hey, sometimes simple is actually good and enjoyable. This week’s free game is an adventure game called Monsters Ate My Birthday Cake, from the folk over at Cartoon Cake, and it’s filled with monsters and cakes, obviously.

In the game, you will play Niko as he tries to get back his birthday cake (again, obviously) from the monsters who stole it. You will journey across the Gogapoe Islands and along the way, you’ll realize that not all monsters are birthday cake-stealing ones, as you’ll meet some that are friendly and can actually help you on your mission. Also, the simple mission will eventually turn into a quest to save the island itself from those that seek to conquer it for their own, birthday cakes and all. The monsters on your side will use deadly weapons like headbutts, frost breath, stink clouds, and rainbow barf to defeat the jerkface, bad ones.

There’s also a bit of RPG and puzzle-solving thrown in the mix, as you get to solve environmental and bonus challenges that will help boost your points and standing. Another way to get more points is to be a good Samaritan to those people and monsters that need your help. Extending assistance will unlock extra levels or get you more bonus swag, like costumes, powers, etc.

Just like the previous free apps of the week, you will still get the paid version (which costs $5) if you go to the Google Play Store page of Monsters Ate My Birthday Cake. But if you go to the source link below, then you’ll be able to download the game for free until July 16.