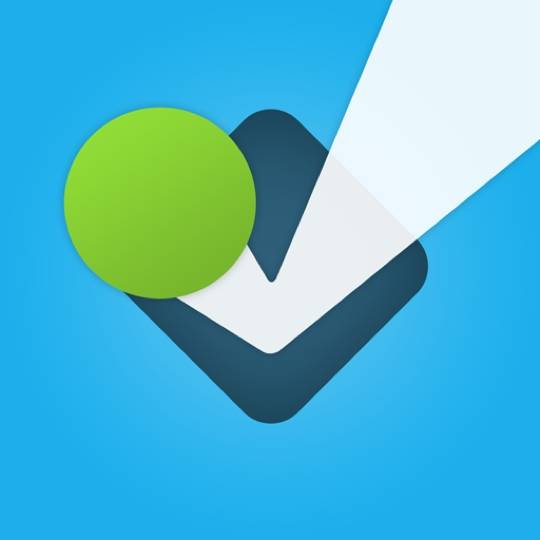 Foursquare has been updated, bringing a fresh look with updated Android functionality. The new slide-out menu is present, and the logo has been flattened. We think it looks a touch iOS-ish, but in a good way. It’s clear the Android version was styled after their iOS app, but still keeps enough Android to set it apart. Happy medium? That’s for you to decide.

The aforementioned slide-out menu hides everything you’d want, and is increasingly the junk-drawer of Android apps. It’s organized nicely, so it doesn’t muddy the waters as some other apps do. Simple headers like Home, Friends, and your various lists sit under your profile pic and shortcut to personal info. From there, the search reveals a brightened theme.

The styled search results bring a bit of depth to Foursquare, as pics of the establishment (if available) float in the background of the main header with “what people talk about” scrolling over the top. A simple check-in button sits next to the save feature, and the familiar Map and contact info are right under it. The update is definitely nice, if not simpler. We like the cleaned-up approach.

This update comes right after Foursquare earned $35 million in Series D funding this week. The funding was first reported by All Things D, who don’t consider the influx of capital to alter the company’s valuation of $600 million or so. The funding also slightly offsets the $41 million in convertible debt they took earlier in the year. It’s also considered a push to make Foursquare a go-to for smart, passive, location-based services for finding restaurants or things to do.

None of the functionality seems to be lost, though. If anything, we gained back some of what had gone away in previous iterations, like the leaderboard. We like the design quite a bit, with its clean simplicity and bold push of those things we use most. The update is rolling out now, so be on the lookout.