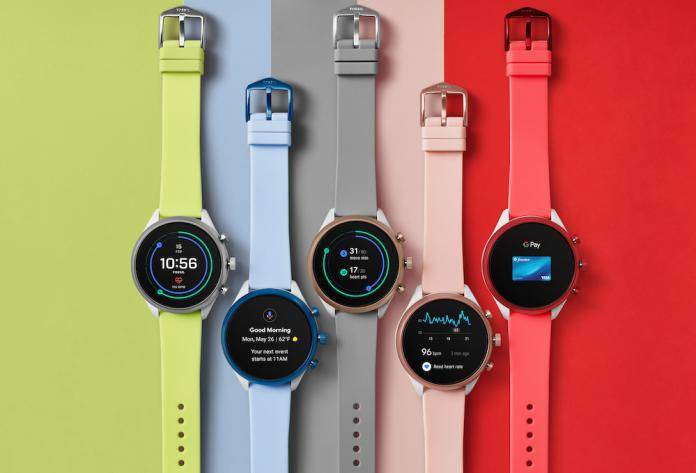 There are already tons of sports-focused smartwatches out there in the market so how do you make yourself stand out? In the case of the Fossil Sport Smartwatch it’s a tiny but important thing. It’s one of the first wearables running on the Wear OS platform that is powered by the Snapdragon 3100 chip, which should make the smartwatch’s battery run faster. There are also improvements from the previous Fossil smartwatches so if you’re in the market for a new device, you might want to consider this.

The new device from Fossil comes in two variants, a 41mm and a 43mm case size. It is encased in nylon with aluminum topring and pushers. It has a “stunning touchscreen digital display” and you can choose from six different colors: gray, pink, red, blue, green, and black. It has interchangeable straps and bracelets, either in 18mm or 22mm sizes, so you have some variety if you get bored with just one color.

It also has the usual sensors you would expect from a smartwatch being marketed for sports-minded individuals: Heart Rate, NFC, GPS, Altimeter, Accelerometer, Gyroscope, Ambient Light, and even a Microphone. Fossil says they have made improvements on these sensors but did not specify exactly what those are. There are also some pre-installed apps mentioned, like Spotify (always an important one) and Noonlight, an emergency app which may be crucial for those working out outdoors.

What the Fossil Sports Smartwatch has that most other wearables don’t is that it’s powered by Snapdragon’s new chip, the 3100. It’s one of the first Wear OS devices to be using this and it’s supposed to make the smartwatch’s battery life better. They say that the 350mAh battery should last you for around 24 hours, depending on how heavily you use it.

You can now buy the Sport Smartwatch from their online store or at Fossil retail stores starting November 12. It will cost you $225 which is the price range of devices like Fossil anyway.