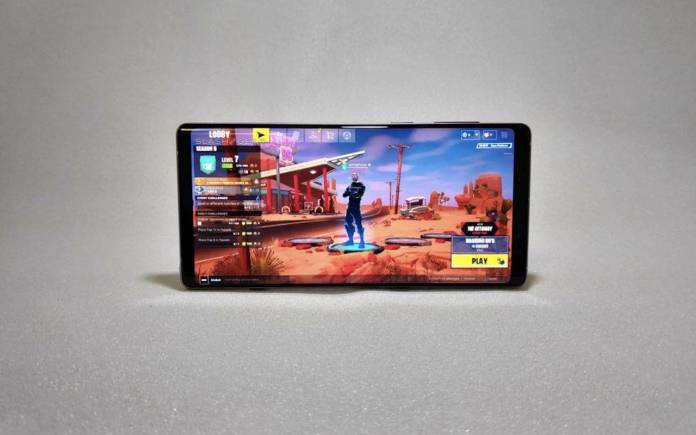 Epic Games has decided to be generous. Several discounts have been announced recently that will probably make hardcore Fortnite gamers and fans happy. Up to 20% savings on V-Bucks for every purchase are offered not only for mobile but also for other platforms like PC, Playstation 4, Nintendo Switch, Mac, or Xbox One. It doesn’t matter where you play as the team behind Fortnite only wants you to enjoy the game more. Well, everything appears to be great especially for mobile gamers.

Fortnite is available on Android and iOS. It was only a few months ago that the Epic Games decided to bring the popular game to the Play Store after two years of releasing it exclusively from its own store. The Fortnite developer has been challenging the Google Play Store in-app distribution so they could keep the revenue all to themselves. It’s a fair business decision but last April, Epic Games released Fortnite via the Play Store. That meant more downloads and in-app purchases.

It seemed like a logical decision as Epic Games wanted to make more money but then Google and even Apple required to keep the 30% fee. It’s that way for all games distributed in both app stores.

This method is safe but it means sidestepping Apple and Google. As expected, both Google and Apple reacted to the move. Apple immediately deleted Fortnite from the App Store. The Cupertino family sent out a statement on the issue:

Today, Epic Games took the unfortunate step of violating the App Store guidelines that are applied equally to every developer and designed to keep the store safe for our users. As a result, their Fortnite app has been removed from the store. Epic enabled a feature in its app which was not reviewed or approved by Apple, and they did so with the express intent of violating the App Store guidelines regarding in-app payments that apply to every developer who sells digital goods or services.

Epic has had apps on the App Store for a decade, and have benefited from the App Store ecosystem – including its tools, testing, and distribution that Apple provides to all developers. Epic agreed to the App Store terms and guidelines freely and we’re glad they’ve built such a successful business on the App Store. The fact that their business interests now lead them to push for a special arrangement does not change the fact that these guidelines create a level playing field for all developers and make the store safe for all users. We will make every effort to work with Epic to resolve these violations so they can return Fortnite to the App Store.

According to Apple, the feature was not reviewed by Apple. It’s a violation of guidelines. Apple said it will work with the company to resolve the problem. Fortnite is still welcome to the App Store.

So what is Epic Game’s response? It filed a civil antitrust lawsuit against Apple in California. Epic doesn’t want any money from Apple. It only wants a ruling to designate Apple as a monopoly.

As for Google, the tech giant also deleted the game from the Play Store. Google said in a statement:

The open Android ecosystem lets developers distribute apps through multiple app stores. For game developers who choose to use the Play Store, we have consistent policies that are fair to developers and keep the store safe for users. While Fortnite remains available on Android, we can no longer make it available on Play because it violates our policies. However, we welcome the opportunity to continue our discussions with Epic and bring Fortnite back to Google Play.

The game is still playable on Android devices but you can’t download it from the Play Store. Google also welcomes to discuss things with Epic Games.

Epic Games’ response to this? Same with what it did to Apple—sued Google. We want to say Epic Games will just lose but you’ll never know these days. Times are crazy that our expectations are not always met. What do you think will happen next? Let’s just wait and see.