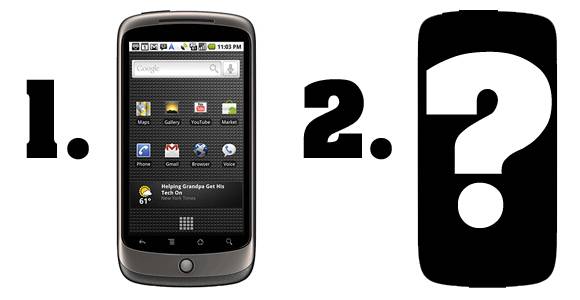 According to the business paper City AM, the second Google-branded mobile phone will touch down in the UK just in time for Christmas, released on an exclusive deal with Carphone Warehouse. An industry source said thus: “It looks like Google is experimenting with the future of its mobile model in the UK. It tried releasing through a single carrier, now it is trying a single retailer. It could be a solution to the problems it experienced when it tried to sell the Nexus One exclusively through its website. People like to be able to go to a store – this solves that.” Wowie zowie.

This mystery phone may very well run the next version of Android, aka the Gingerbread release, that being Android 2.3 or 3.0. All of this seems to be too-good-to-be-coincidence, what with the giant Gingerbread Man being delivered to the Google lawn and this news coming from a reputable site, so we’ve got our betting-bucks on it being something really nice, Google branded, released through Carphone Warehouse in the UK, and fitted nicely with a man made of gingerbread, just like they say. But who-oh-where will it be released in the USA? That’s another question entirely.