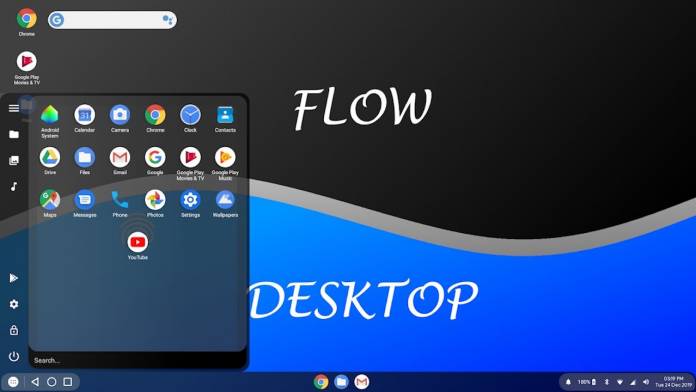 Desktop Mode was part of the Android Q beta test but when the stable version of Android 10 finally rolled out, that feature was “hidden” and only had a barebones, experimental setting. It wasn’t fully functional and had a lot of bugs, which is probably why it wasn’t announced as part of the update. Now a developer has created an app called Flow Desktop, which is also still in the experimental stage, so you can be able to use Desktop Mode on a secondary screen.

If it’s the first time you’re hearing about this Desktop Mode, well, you’re not alone because Google hardly talks about it. But from the name itself, you can deduce that it can turn your Android interface into a “more conventional desktop launcher” when you connect it to a secondary screen, according to XDA Developers. But what it can do in its current mode is pretty basic and so developer Daniel Blandford created an app called Flow Desktop and made it more functional.

However, the app itself is still in an experimental stage and has a pretty long and complicated process so you can install and use it on a secondary screen connected to your smartphone. After you’ve downloaded the app, you will need to install a secondary software on a Windows PC. You also need to enable your phone to have the Developer Option which is only advisable if you know what you’re doing. You also need to enable Freeform Windows and Experimental Desktop Mode.

If we assume that you are able to follow the detailed process indicated in the video above and you are able to make Flow Desktop work, you will be able to launch apps in freeform windows. It even has a start menu where all your phone’s apps can be seen. You can also add apps to a taskbar at the bottom of the screen and customize your color schemes and all. You can also connect a keyboard and mouse to the display to complete the “desktop experience”.

However, you only have a minute free trial to be able to check all of that out. Afterward, you’ll have to pay $5.99 to support the developer so he can continue to build and finish the app. If you can’t wait for Google to finally pay attention to Desktop Mode, then this is your best shot of having something similar.