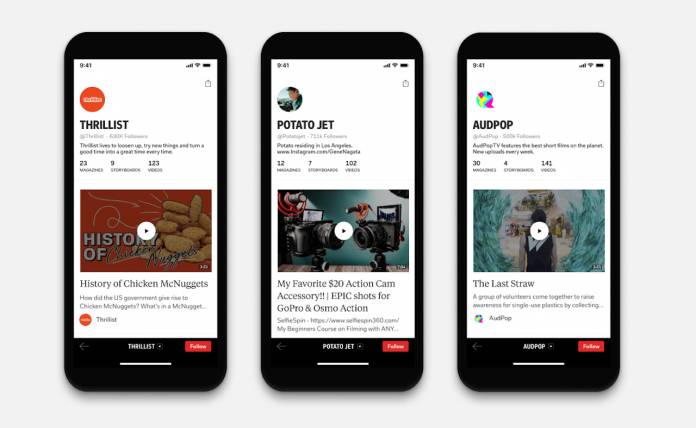 Earlier this year, Flipboard launched a video service within their app called Flipboard TV but it was exclusive for Samsung users only. Now they’re making it available for all users, but only if you live in the U.S. and only if you don’t mind having ads playing before and in the middle of your video. That’s because it is ad-supported so you can have access to video content from hundreds of publishing partners, including new ones that they’ve added to the roster.

Flipboard’s Explore tab is where you’ll be able to see the Flipboard TV section and the content will play natively within the app. It’s also easier now to find videos because of “discovery fearers and deeper intonations.” There are 20 top-level topics that will offer video-only feeds and topics include travel, politics, sports, news, lifestyle, and even local news and video content. They will also be more visible in the “For You” feed.

To be able to share their revenue with the content creators, Flipboard TV will run both pre-roll and mid-roll ads. It’s actually the first time they’re doing the former since advertisers are looking for “high quality and brand-safe digital video experience” on mobile devices. They’re also selling the ad inventory for the videos but eventually, they want the publishers to be the ones to sell their inventory.

Flipboard TV in the U.S has started rolling out already to users but Samsung Galaxy device owners will still get the premium, ad-free version. No news yet if they plan to expand this to other countries eventually.