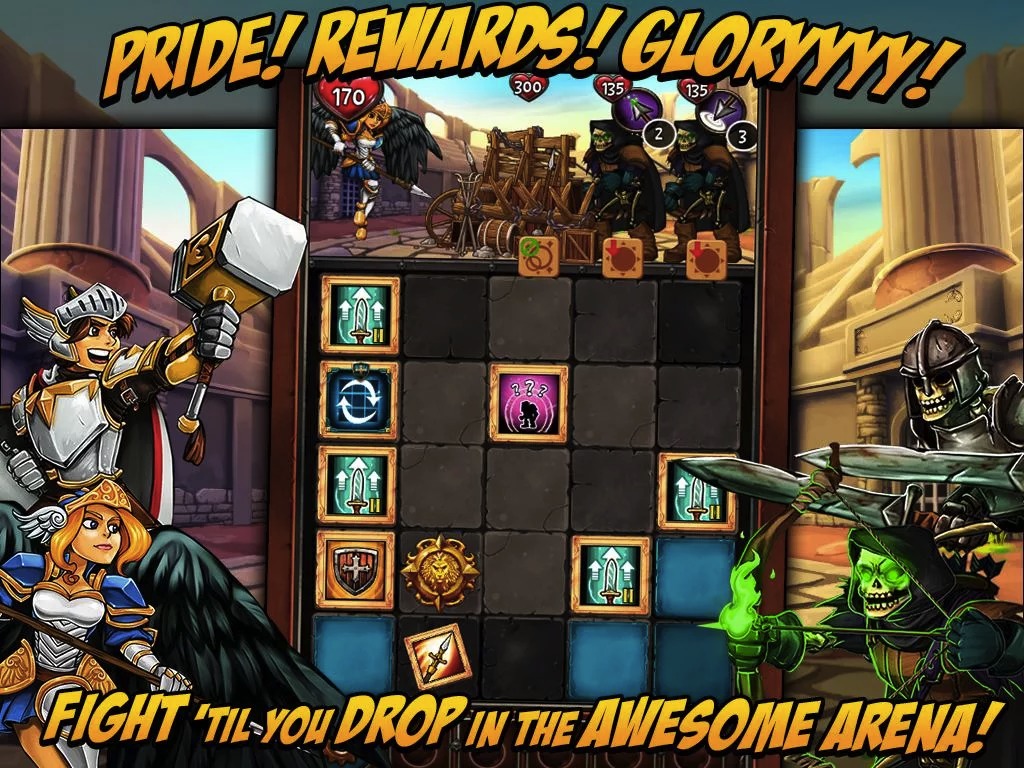 Super Awesome Quest is another RPG that stars three heroes on an adventure of a lifetime. All three are trying to earn back the honor and riches they lost by fighting bounty hunters, the undead, dragons, and an evil army. They’re super awesome but they still have to prove that they can finish the challenges set before them.

You can unlock different playable characters but you can start out as either Valkyrie or Paladin. The game follows a story where you need to loot and fight those dozens of enemy types. You can attack by flipping tokens and then chaining the enemies to finish the game and head on your way to the Awesome Arena where you can fight and gain more awesome rewards.

Feel free to personalize heroes and craft them for battle or play the non-stop survival mode for more rewards. Game is free for download but in-app purchases are available. This is an epic fantasy adventure RPG that brings token-flipping combat to mobile. Just tap on those tokens to unleash more powerful attacks and gain more rewards and glory.

You can also compare progress against your friends by connecting to Facebook. Once set, you can see who among your contacts are also playing this new awesome adventure.