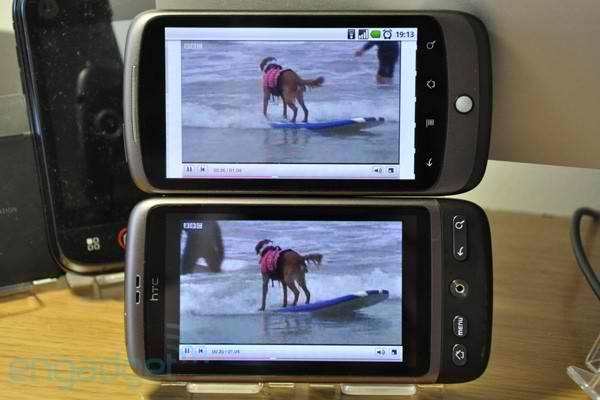 Most of you hardcore vanilla Android fans may not know this but Flash support isn’t a new feature that was implemented into Froyo (2.2). Sense UI has enjoyed Flash since its inception with built in Flash support. For the most part, Flash lite performed pretty well. Engadget has put together a head to head challenge between the newly release Flash 10.1 for 2.2 Nexus One’s and Flash lite that is included with the 2.1 Desire. Who’s going to be the winner?

Since the specs of the two devices are similar, this is a pretty even fight. HTC does have a slight advantage though, they have more experience with flash integration in their Sense devices. But, Froyo throws all of that out of the window.

The Nexus One with Froyo has way better Flash performance than the Desire. The video was really smooth and fluid on the nexus while the same video had a few hiccups on the Desire. This is expected given the performance gains 2.2 presents to Android. In my experience with Sense devices, it’s better to let the video load completely before playback that will eliminate most of the lag. So if you’re looking for an Android handset and you the best Flash experience available at the moment, go with the nexus.