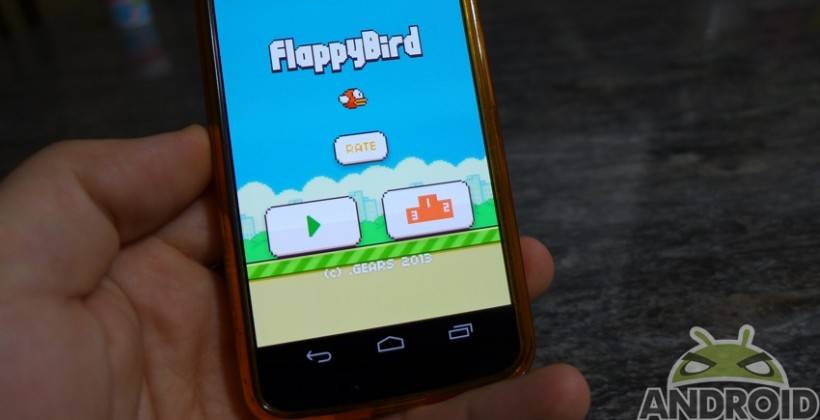 Just when we think the talk of Flappy Bird has begun to wrap-up, it seems there is another chapter. This latest is dealing with new apps, and it seems Google is beginning to crack down on the use of “flappy.” There is a silver lining here as there had been a threat of malware, but there was also another side. The other side involved developers who were simply looking to cash in on the Flappy Bird fallout — without the use of malware.

Details coming from TechCrunch bring talk of several apps being rejected based on the use of “flappy” in the title. We have yet to see any sort of official statement from Google, and instead much of this seems to be coming out of developers complaining on Twitter. One in particular, Ken Carpenter, who uses the @MindJuiceMedia handle has said that his app was rejected from the iOS App Store because the “name attempts to leverage a popular app.”

The obvious here is that it actually cannot leverage a popular app — because Flappy Bird doesn’t exist in the store any longer. But that aside, it does appear to leverage the popularity of another app. Carpenter later followed up with word about how he “was rejected from Google Play too.” For clarification, his app was called Flappy Dragon.

Interestingly, it seems Carpenter is figuring this out just as everyone else it — as it goes. Further chatter from Carpenter touched on how he initially assumed it was because he included “a phrase about ‘Flappy Dragon’ being the best flapping game to play now that ‘Flappy Bird’ is dead.” It seems the app was initially available in the Play Store, but that was short lived.

Several hours after the initial publishing, Flappy Dragon was removed from search. The app initially remained available for those with a direct link, however a suspension notice came at around the 24 hour mark. The suspension notice make reference to spam. With that, we now wonder, and sort of hope this will be the final chapter in regards to Flappy Bird.