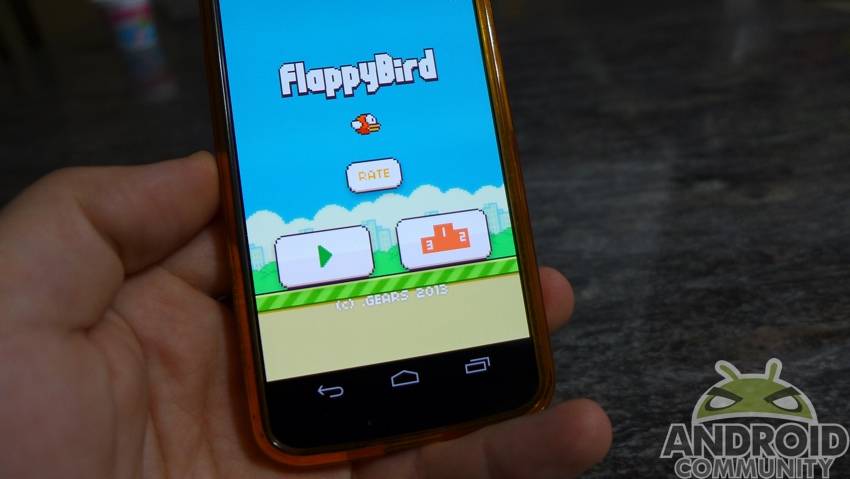 A new casual style game has recently arrived in the Play Store. The game is called Flappy Bird and while we use the term casual to describe the style of gameplay, we may be more accurate by saying addictive. So with that, we offer the warning about how Flappy Bird is easy to pick up, but not quite as easy to put down.

The game is available for free and brings an 8-bit style of graphics. In fact, the game graphics bring a hint of Super Mario Bros from the early, and now classic NES. More to the point though, Flappy Bird comes with a basic set of directions. Player simply need to tap the screen to fly.

As you tap the screen, the characters (the Flappy Bird) wings will flutter. Otherwise, you just want the bird to fly between and avoid the pipes. As you fly through more and more pipes, you will be getting higher and higher on the medal charts, which range fro Bronze to Silver and go up to Gold and Platinum.

All that having been said, once again with the reminder of the initial warning — Flappy Bird is available for free and by way of the Google Play Store. The game is currently sitting at version 1.3 and brings support for devices running Android 2.2 or later. And lastly, for those who have friends or family using an iOS device, Flappy Bird is also available in the iOS App Store.