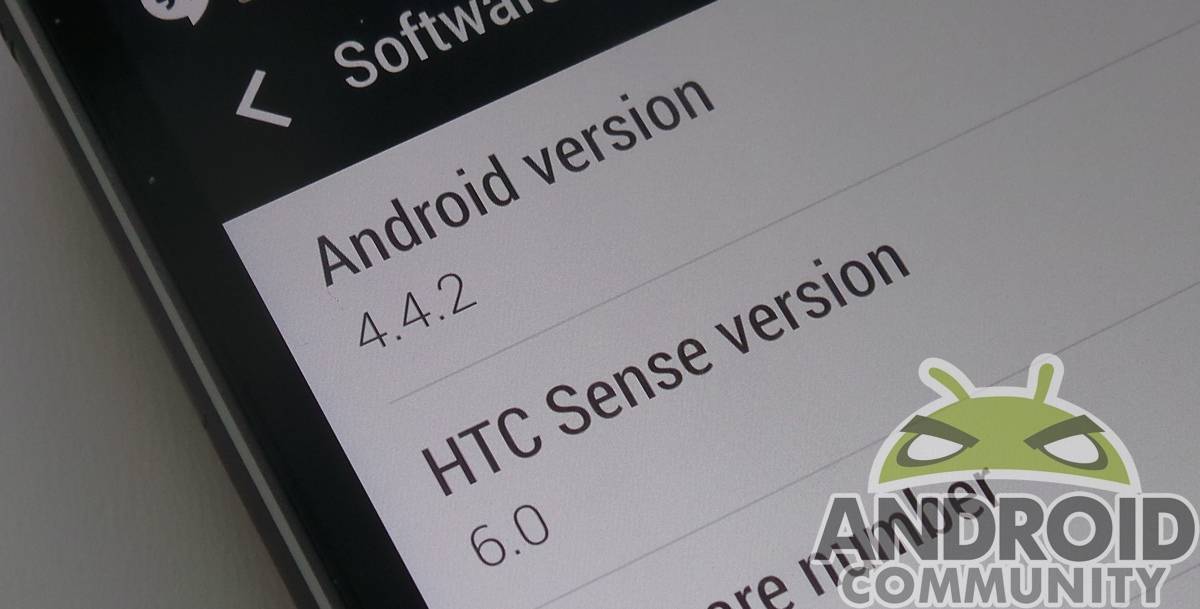 Stock Android is great. I’m a big fan, and am typically pretty critical of OEM overlays, eschewing them for Nexus at just about every turn. With the HTC One (M8), you’ll get Sense 6.0, which is HTC’s latest take on Android. One of the first Android skins, Sense has come a long way from the clunky blanket it once was. Mature and sensible, there are some things we think Sense does just a bit better than Android proper.

Adding content to folders on Sense 6.0 couldn’t be easier (but we should mention this is also available on older versions of Sense). Once you create a folder (like you always do — drag and drop an app on top of another), shoving more content into it is as simple as can be. With Android, you’ll have to continue to drag and drop, which sometimes forces the folder to move. It’s really a bit of a pain at times.

With Sense, folders act almost independent of the home screen. When you open a folder, there is a little plus symbol. Clicking on that brings you to your app drawer, with each app not in the folder listed with a check mark next to it. Select all you like, and they’re added to the folder once you hit Done. It’s a great feature for building folders out initially, and really handy for bulk additions. 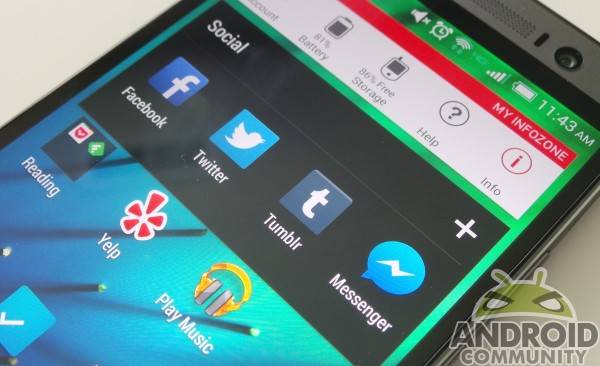 With stock Android, the search bar sits at the top of every screen. It’s a bit unnecessary, considering we can drag up from the home screen and get to Google Now (usually). Sense properly jettisons the search bar, or at least lets you do it if you like.

The Google Search bar is still present on the home screen, but can easily be removed by long pressing and flicking away. It’s also not present on any other screen, which is a feature we find a touch maddening about Android at times. The option to simply get rid of what amounts to an often unused widget is a nice feature. 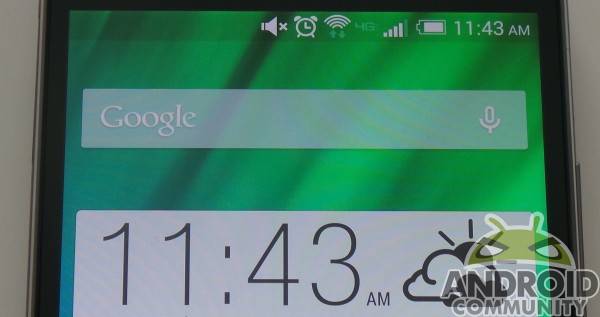 This is mostly a UI change, but it’s just better with Sense. When you hit the recent apps button on your HTC One (M8), it brings up a nice array of thumbnails that can simply be swiped away. Android proper has a vertical list that offers up larger thumbnails, but a limited view of which apps you most recently used.

Additionally, you can click a small button on the top left of the recent apps tray to get to running services. This helps manage background apps better, and gives a good idea of which may be draining your device CPU. If you just want to shut them all down, click the “X” within the circle up top, and they all drift away. 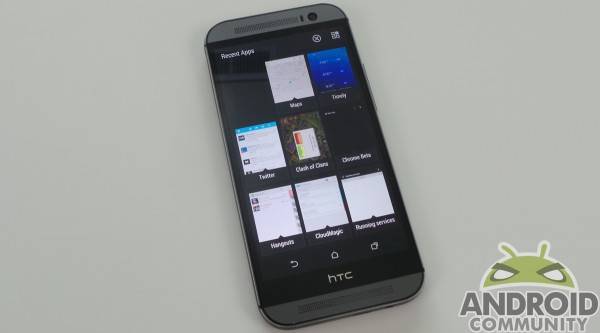 When you pull down the notifications menu in Android, the button on the top right shows your quick settings, like WiFi or your profile. The same can be said for Sense on the HTC One (M8), but there is added functionality that makes it just a bit better.

When you click the pen-and-paper icon at the top of the quick settings menu, you can rearrange the order of the settings. Not keen to have your mug staring back at you in the top left? Drag it to the bottom. It’s a great way to manipulate the device to work best for you, offering up the quick access you want, how you want it. We liked it because it allowed us to stack things like WiFi or brightness on one side, which is better for one-handed use. 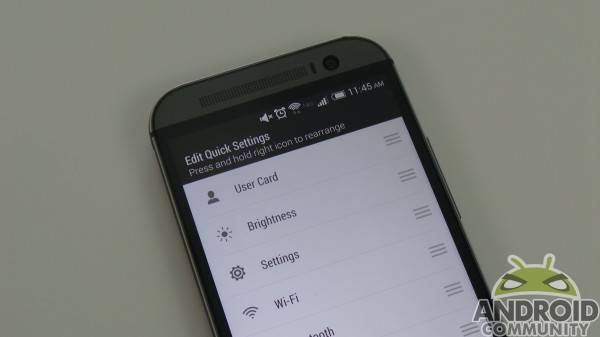 Within the app drawer on Android, you get an alphabetical list of your apps. There is nothing fancy or clever about it — it’s just a list of your apps. Sense 6.0 took that concept a step further, letting you customize the drawer in a few unique ways.

In the app drawer, you’ll get the ability to keep the alphabetical view, or switch to Custom, or Most Recent (which should be pretty self-explanatory). In the Custom view, clicking on the three-dot menu up top lets you hide apps, rearrange them, or change the grid size. There is also a manage option that takes you straight to the app manager found in settings, which is a handy quick access tweak from HTC. 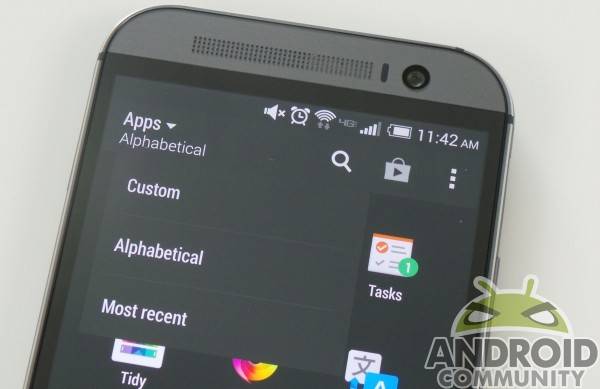 While some of these features are also available on Sense 5.5, and thus older HTC devices, we’re finding a lot of things we like about the HTC One (M8) versus stock Android. If anything, we can say HTC’s Sense is a step further for Android, not overstepping as some others tend to do.

Some Android OEMs try too hard with their overlays, attempting far too much and making it cumbersome for users. Sense may give Android a new look, but it improves the OS in the areas it needs to. We listed five of the settings and features we really like versus Android, but it won’t be hard to find more. Once a bulky, ugly overlay, Sense has matured quite a bit. It may not move us away from a Nexus (or Moto X) device, but it’s something we enjoy nonetheless.