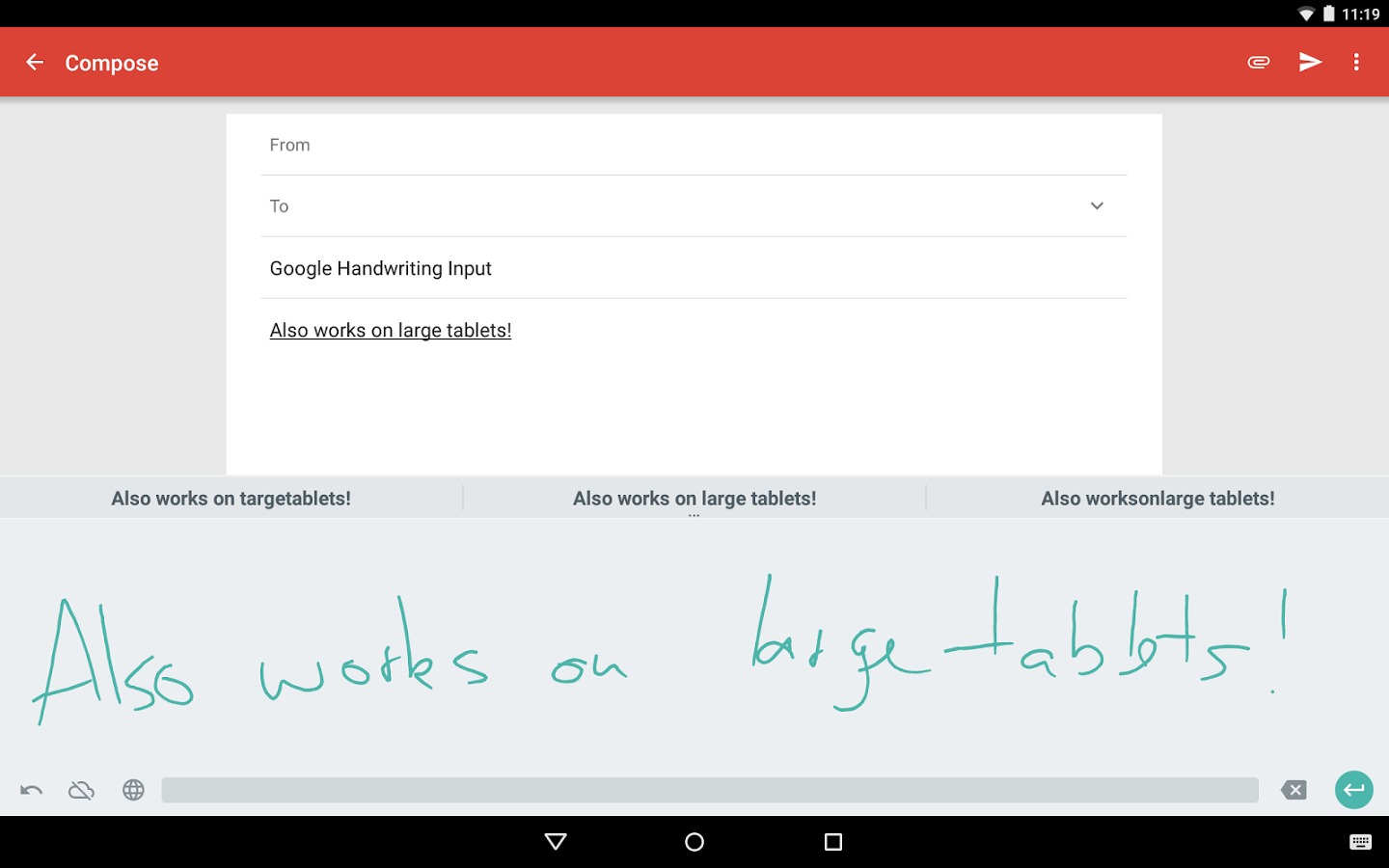 When Google first introduced its Handwriting Input stand-alone app earlier this year, those who were sick and tired of typing out on an alpha-numeric keyboard on their mobile devices rejoiced. It was really much more convenient for them to be “writing” out things on their smartphone or tablet than to constantly type it out, especially in times they’re in a hurry. The latest update to the app adds support for five more languages: Arabic, Persian, Urdu, Hebrew, and Burmese.

The addition of these five languages is pretty important, since they are considered to be some of the most difficult to type in using the conventional keyboard. So now, native writers and speakers of these languages have the option of writing the text out and Google will recognize and translate it into something understandable in their own language, and if translated, in English. The app is more functional than aesthetic though, so don’t expect a lot of options in the brushes options in the app.

This latest update to version 1.5.1 means that Google’s handwriting recognition tool is now supporting 82 languages from all over the world. And in case you didn’t know it yet (and apparently not a lot of people do), you can also draw emojis on the app and it will recognize and translate it into the appropriate emoji.

The update to Google Handwriting Input has now rolled out to Android users. But each of the language comes through an independent language package that you need to download from within the app. The great thing about this app too is that even if you have awful penmanship in whatever language, it will still be able to recognize it. Eventually.