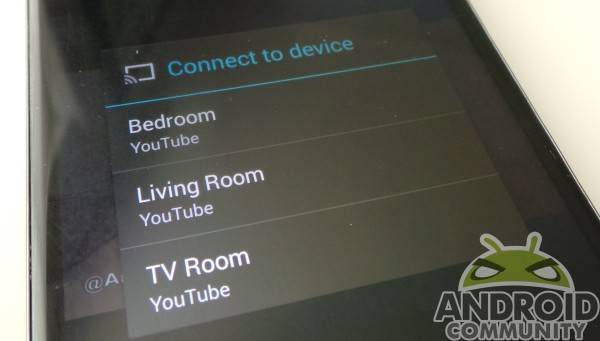 When we think of Chromecast, we think of streaming media. Netflix, HBO GO, and YouTube dominate the conversation. While those are some of the more attractive apps for Chromecast, they’re not all the dongle has to offer. There some really neat things you can do with the Chromecast outside of watching movies, and we’re going to give you a head start!

We suggest anyone with a Chromecast start here. The app isn’t one you can actually cast from, but it serves as makeshift home base for Chromecast apps. From the front page, which is littered with Chromecast news from various sites all the way to the app and games sections, Cast Store has you covered when it comes to Chromecast.

Cast Store does a good job of divvying up apps into categories, so you don’t even have to be looking for anything specific. Need a decent ‘Entertainment’ app for your Chromecast? Cast Store has 17 at the time this is published. The app links all redirect to the Play Store, too, so you’re not sideloading something potentially harmful onto your Android device. It’s crowdsourced info, though, so be careful. Cast Store seems to take all comers when it has to do with Chromecast, so don’t look for the Developer to have vetted the apps. If you just don’t want to search for “Chromecast apps” in the Play Store, Cast Store is a good alternative. 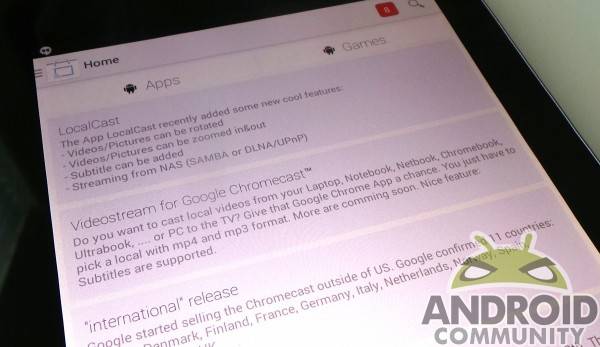 This app is as simple as they come, but also really good. Framebook takes your Facebook photos and casts them on your screen, cycling them to your liking. You can set the time each pic in a folder is on the screen, or just have it paused on one. It works with any pics you have access to on Facebook, too, so a gathering of friends could lead to pics of everyone on the big screen.

Framebook is a great way to show pics of a vacation you just took, or just random shots of your life. In whatever situation you’d like to have photos cycling in the background, Framebook can deliver. All you really have to do is save your pics to Facebook, and Framebook will cycle them at your will. You will have to choose the folder you want cast, and it won’t cycle through folders — but that might be a good thing, depending on what you’ve uploaded. 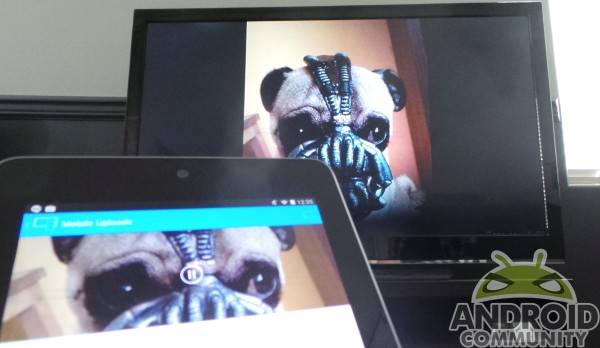 Another simple app, but one that is a ton of fun. We like this one for kids, as their simple drawings will appear on the big screen in real-time. With the basic app, you get black, blue, and white “markers”. Pay $2.00, and you get a whole lot more — 30 colors. The premium version also gets rid of ads, so if you’re going to turn it over to the kids, the two bucks might be worth it.

CastPad is pretty simple (white background and a bunch of colors to draw with), but also really neat. We like it for drawing out ideas to others, and we’re pretty sure you can come up with some kind of pictionary-esque game on your own, here. CastPad is simple, fun, and useful when you need to sketch something out to a crowd, or entertain the kids for a few minutes. 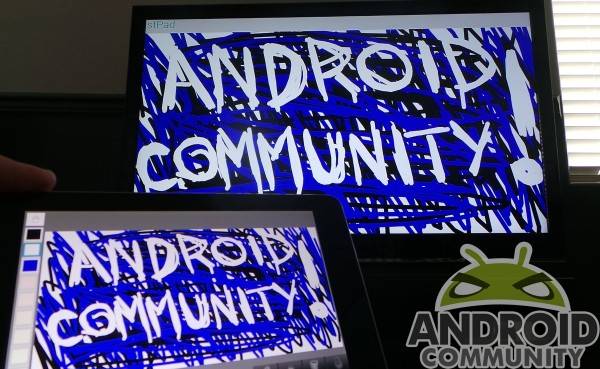 The app chooses randomly who is “O” and who is “X”, so if you have a preference there — let it go. You make a move, and it’s cast to all screens simultaneously (yours, the opponent, and the TV). It goes on until the game ends, with the app telling you who won (hopefully you), and offering to let you both play again. Again, super simple, but a lot of fun. 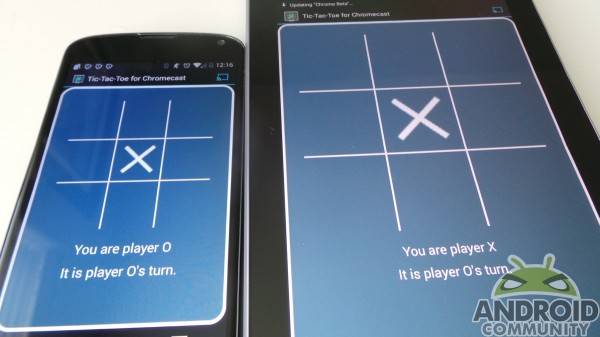 MyCastScreen is more like a beta product than any other we’ve listed, but it also tries to do a lot more. If you red-line the app, you’ll get weather, news, traffic, and local time on your TV screen, all up to date and accurate. The news is fed through an RSS feed, and cycles as new articles come in. The rest is fed through various outlets, leaving you with a pretty neat screen that feeds important info to you.

We say it’s more like a beta product, and certain niggles prove that. The toggles don’t always work as you think, and the zip code and city fields for traffic and weather don’t offer a list of cities. I’m in Portland, Oregon. Fast typing led to a misspelled city, and I was offered no suggestion for a fix; so it’s a pretty “dumb” app in that regard. The RSS feed defaults to Reuters, which is fine, but we’ve had a few issues in giving alternative feeds recently.

If you get it all right, and don’t misspell the city you live in, MyCastScreen is pretty neat. The card format is a pleasure, and the real-time aspect is unique. The downside is that the app made us want to reach out and click on news stories with a finger to learn more, but we couldn’t. Even in the app, you won’t be able to find the info fed to your screen. It’s a back-end solution for your TV, and not interactive on your mobile device as you might want it to be. Just keep that in mind before checking it out. 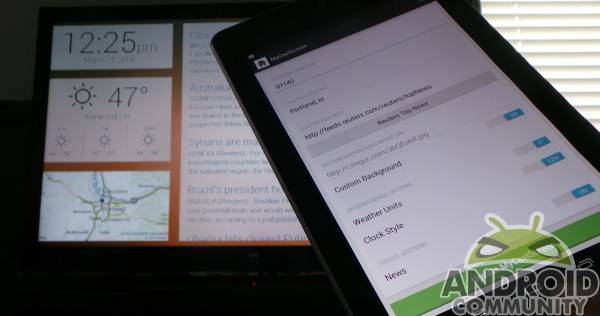 These apps hopefully show that Chromecast is more than a cool new way to watch movies from your smartphone or tablet on the TV, and each one is free to download. It’s still early days for Google’s streaming device, though, and they’ve only recently released the SDK. As more Developers get their hands dirty with making Chromecast-able apps, this list only gets better. If you have a favorite Chromecast app, please share it below. We’d love to know how you use your Chromecast!