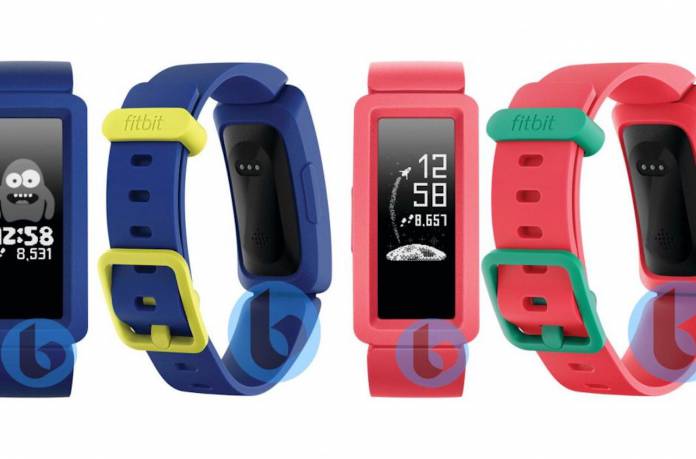 Fitbit has released a lot of fitness trackers and even some smartwatches over the years but most of them are meant for the general market. But it looks like they’re now also trying to focus on a much younger segment. After releasing the more youthful Fitbit Ace last year, they are looking at releasing a new device or even line that is even more kid-friendly. There are leaked images now floating around but we still don’t have a rumored name for it.

The new device will probably not be part of the Ace line since the previous one is more of a smart band while this upcoming device seems like a full-on fitness tracker with a large display. It looks like it’s also trying to appeal to a much younger demographic as the design and colors seem more for kids than the more “neutral” Ace which was still targeted for the youth but can also appeal to adults.

This new Fitbit wearable has a bigger screen and is available in two colors, blue or pink, so even the colors may appeal to kids depending on their gender or color preference. Aside from that, we don’t get a lot of details yet about the device but we’re assuming it will have the usual fitness tracker features like the ability to track different kind of activities as well as some sort of water resistance.

Hopefully, the device will also have longer battery life because you can’t expect kids to constantly charge their device. We have no idea if an announcement is imminent but we might get news soon that may confirm the wearable and also more concrete information about it.