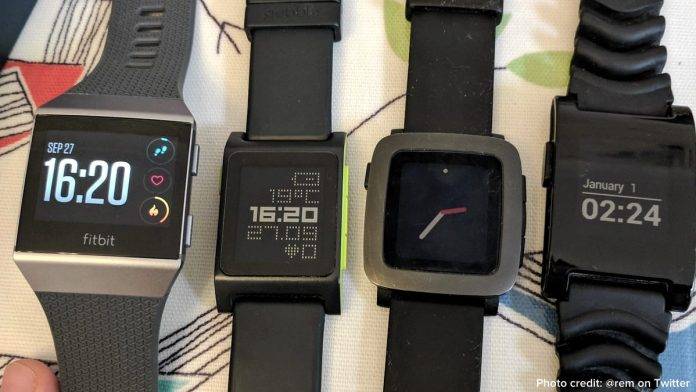 Pebble users have known the end was coming this January, ever since Fitbit bought it out early last year. But it looks like there is a slight reprieve, a six-month reprieve at that. Fitbit announced that they will continue to provide support for Pebble users until June 30, 2018. To convince people to get a new smartwatch, specifically a Fitbit Ionic, they are offering a $50 discount for current Pebble owners. They also revealed what are the first steps are as Pebble software and apps integrate into the Fitbit OS.

For now, Pebble users will still be able to use their devices and their software, including the infrastructure and the web-based features. Fitbit says this is so that the community will be able to assess similarities that they can find in the Fitbit OS platform and developers to try and build more things through the Fitbit SDK. But after June 30, there will be no more updates to the OS and services like the App Store, forum, voice recognition, CloudPebble development tool, will not be working anymore.

Fitbit is hoping to entice more Pebble users onto their ecosystem through its health and fitness features, an impressive number of apps, and of course, Pebble developers creating or transferring former Pebble apps into the Fitbit OS. Let’s see if they succeed in converting them by the end of June.