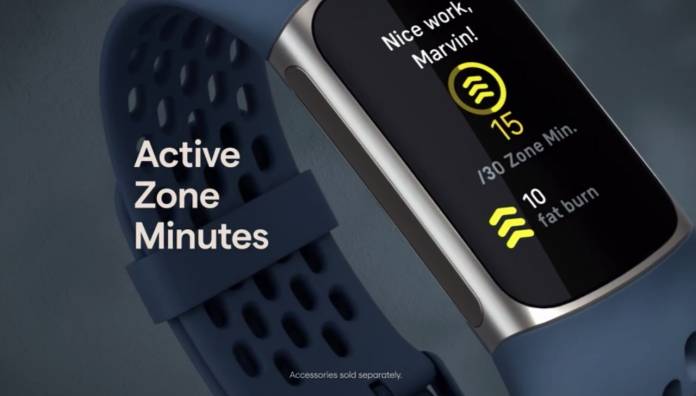 The new Fitbit Charge 5 has yet to be unveiled. Image renders of the fitness tracker have surfaced on the web last week. We believe it’s almost ready and we can expect more information and images will be released before the official product launch. The upcoming Fitbit wearable device has been showcased in a video leak. The source has listed the major features including Daily Readiness Score for the Premium model, Daily Stress Management Score, GPS, and a Health Metrics dashboard among others.

There may be two variants: a regular Fitbit Charge 5 and a Fitbit Charge 5 Premium. Based on the video, the wearable will have a slew of features that will help redefine your routine from the time you wake up.

Fitbit Charge 5 will show you your Daily Readiness Score. It can also share personalized exercise recommendations based on your sleep, activity, and heart rate. It will allow you to recover on some days.

Feel free to try light yoga or guided meditation. It can tell you to prioritize sleep to recharge. When the time is right, the Fitbit Charge 5 can encourage you to go all out and get moving with recommendations from hundreds of workouts available. Take advantage of the Active Zone Minutes to you can take advantage of the power of the fitness watch.

The Fitbit Charge 5 has been described to help build resilience and manage stress. There is an on-wrist EDA sensor and on-wrist ECG app. The Health Metrics Dashboard will let you know if you are on track.