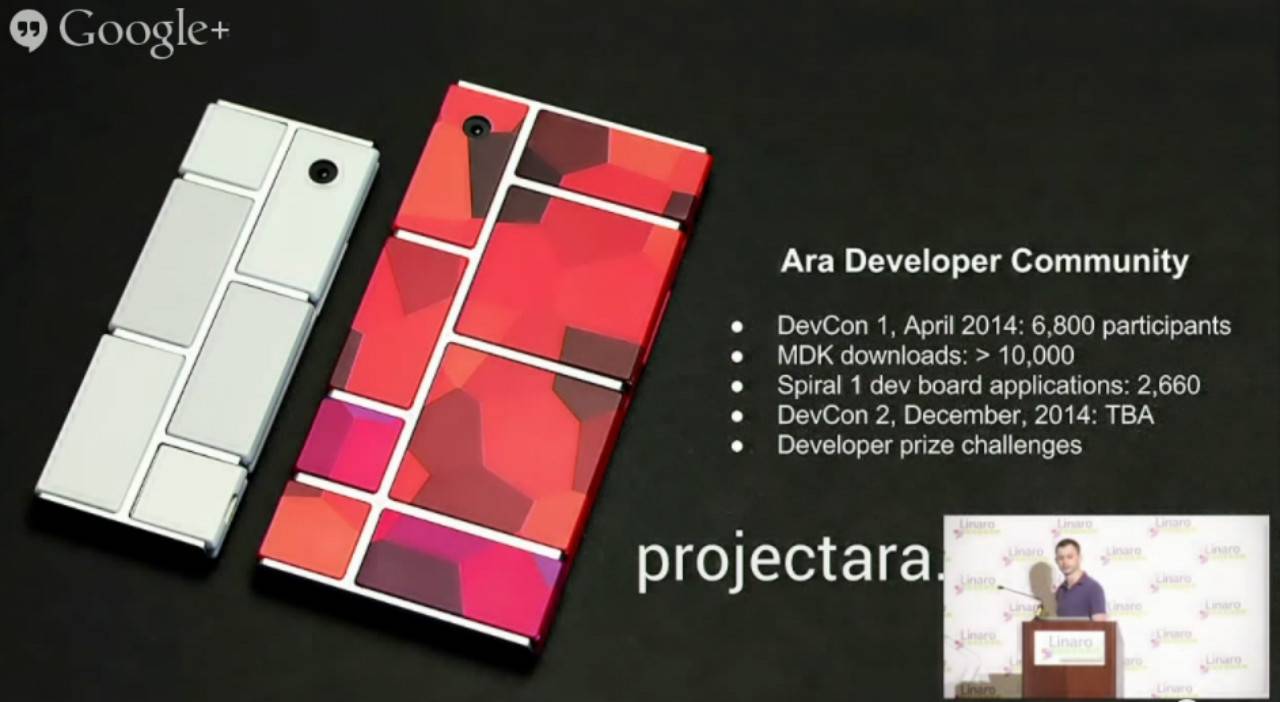 You remember Phonebloks, right? Of course you do. Most of you tech savvy people will have heard of the move towards modular elements for a smartphone. Google has retained lead on the project when Motorola was sold to Lenovo. Paul Emerenko announced some news regarding the modular project speaking at Linaro Connect USA 2014 in California, mainly that there should be a working prototype soon.

That time frame is in December, in the second Ara Developer Conference. Emerenko spoke of the project’s progress, saying that it is moving in a good pace with help from project partners’ Quanta, Toshiba, Rockchip, and Foxconn among others.

Emerenko also revealed that the prototype – and probably all of the unites coming out of Project Ara in the near future – will use a modified version of Android L, Google’s yet unreleased, unlaunched, shiny new version of the mobile operating system developed hand-in-hand with Linaro. The version will allow for hot swapping of elements except the CPU module and the display module.

The modules are set to be sold via an online retail platform much like the Google Play Store. The project is gaining momentum, it seems – starting from a viral video to a full blast project headed by one of, if not the biggest, tech company in the world. Exciting times for Project Ara.