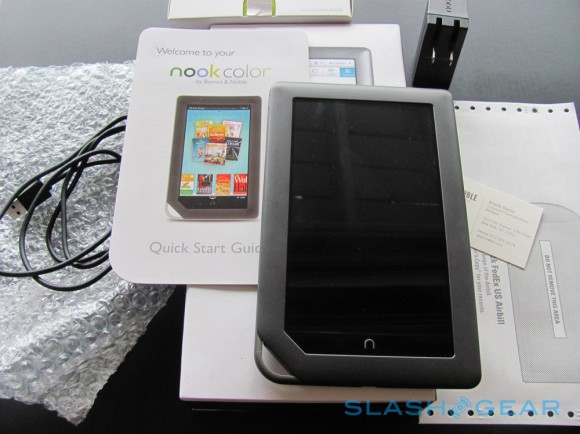 Open webOS, the open source tablet OS, has been successful booted onto a Nook Color, which normally runs Android. Ping-Hsun Chen of Taiwan managed to get webOS up and running on a Barnes and Noble Nook Color recently. This is a great first step for users looking to mod their old first generation Nook Colors, but it’s just that, a first step.

As is the case when most new devices get webOS installed, there is still a ton of work to be done to get it ready for primetime. The build installed on the device looks rather slow, and not like something users would want to use as their daily tablet. It’s a start, and with some more work, it could lead to a whole new way to use Barnes and Nobel’s aging tablet. That being said, it will probably be a while before users are installing this on their own devices.

It’s clear from the video demonstration, that this was done mainly just for the sake of doing it. It’s not clear at this point how much more work is going to be put into bringing the open source webOS to the masses. Still, anytime someone figures out a way to bring some life back to a tablet that is a little dated, it grabs our attention.

If this build does improve, and come to masses, a Nook Color is quite cheap, so it could prove to be a great way for someone to get into the webOS scene without spending a ton of money. A first generation Nook Color, which is the one this is demoed on, is available on eBay for under $70 as of this writing. That is a low barrier to entry that could bring a bunch of new users to the webOS scene.