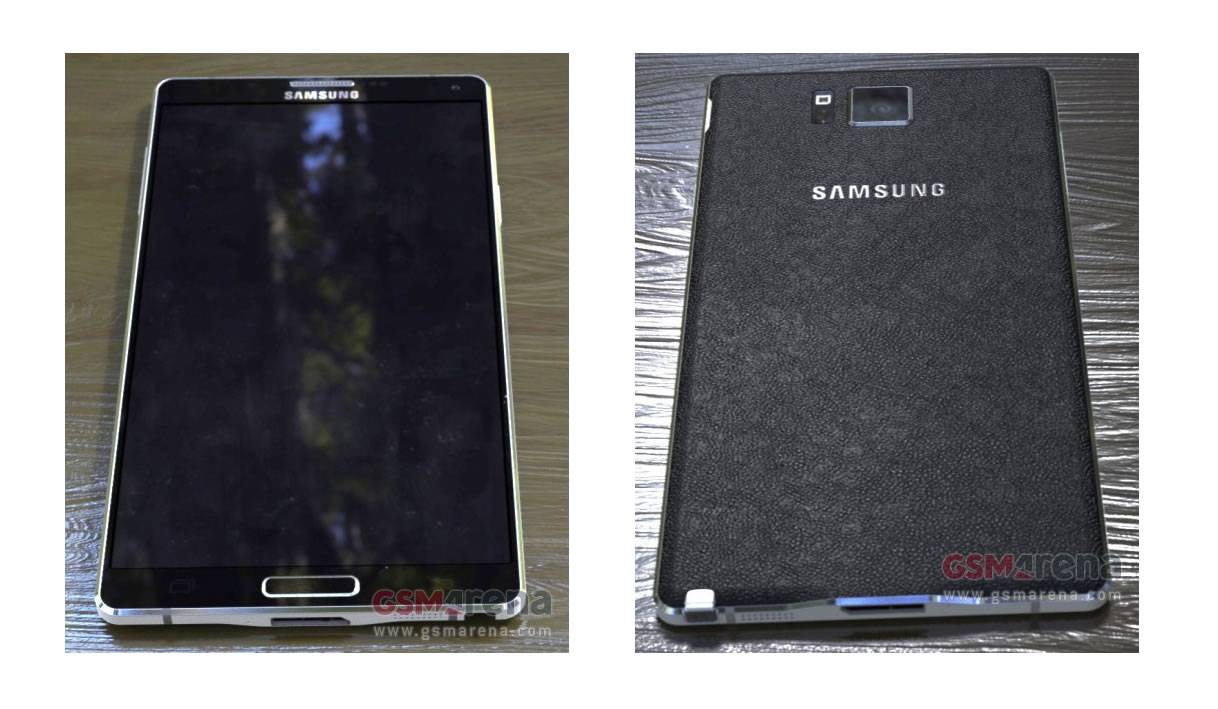 Less than one month until Samsung reveals the new Galaxy Note 4, we now have the first pictures leak of the Samsung phablet flagship. It looks like the Galaxy Note 4 will use the same faux leather design as the current Galaxy Note 3 and a microUSB 3.0 connector, S-PEN stylus.

If you have been following the recent Galaxy Alpha leaks, the Galaxy Note 4 seems to have a similar metal side-frame design. Part of the metal frame at the bottom is also thicker for the microUSB 3.0 connector. Home button and the 2 soft keys are the same as what Galaxy S5 has. There is no longer a menu soft key, instead it is replaced with a multi-tasking button for app switching. Though, you can still bring up the menu if you press and hold the multi-tasking button. 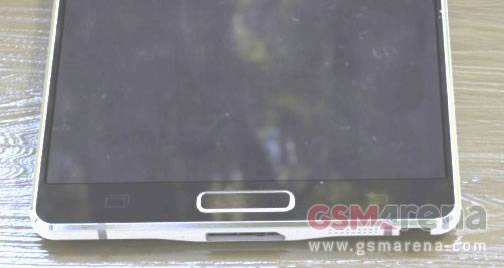 Other specs of the Galaxy Note 4 remain unknown, Samsung plans to announce the smartphone on 3rd of September, which is two days before the start of IFA 2014.