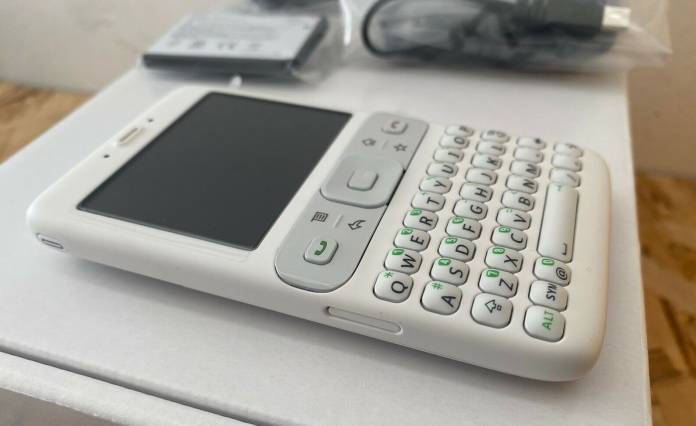 If you now have a lot of time on your hands because of the quarantine and you love to tinker with gadgets, you might want to get your hands on this “hot ticket” item on eBay. Someone has gotten hold of “old new” stocks of the very first Android phone. Well, technically the HTC G1/Dream is the first commercially released Android phone but this one on eBay is an unreleased prototype called Sooner that Google was developing back in the day.

You probably will not get much out of a 10-year-old device but if you’re a hardcore Android fan, having the first phone would probably be on your wishlist. We don’t know how he was able to get his hands on it but Android Police says someone is selling these Sooner devices on eBay for $200. The seller says these are old stocks that were not opened and they have been sitting around for 10 years or so.

Obviously, you cannot expect good specs from Sooner since it is after all the prototype for the first Android phone that started it all. It is powered by a TI OMAP 850 SoC, it has 64GB RAM, and a 320×240 resolution display. It has a 1.3MP camera which by today’s standards is probably not acceptable. It has a 960mAh battery and only 2G connectivity and no WiFi support. Given it’s been there for 10 years, the battery may not work and you will probably get no carrier support.

So obviously, if you are going to get this device, it’s not for the purpose of actually using it as your phone. It acts more like a Blackberry and even looks like one. The difference is that it’s may probably be running a pre-1.0 of Android. But in fact, there’s no guarantee that it’s even going to work at all. So basically, you’ll get this device for the nostalgia of owning a prototype of the first Android phone ever.

If you feel like getting one for your Android collection, there are a few units available on eBay. You’ll have to spend $200 on a device that may not even work, so best of luck.