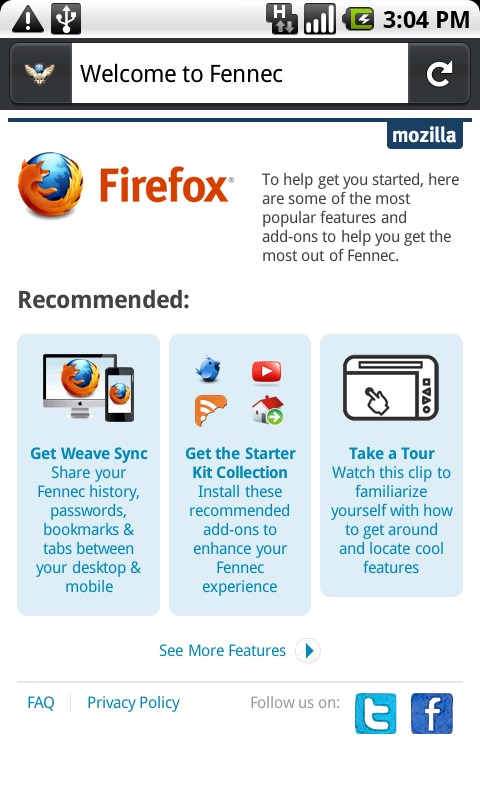 A new version of the Mozilla Firefox browser for Android has been released, under the company’s “Fennec” codename.  As well as browsing, Mozilla have also whipped up a version of Weave to synchronize bookmarks, history, passwords and tabs between the desktop and mobile versions.

There are a couple of issues to bear in mind – this is an pre-alpha release, after all – with the biggest limitation being that the browser currently requires Android 2.0 or above.  You’ll also probably need to have an OpenGL ES 2.0 capable device, you can’t open links from other apps in Fennec as yet, and there are bugs that will chomp through your available memory and likely end up forcing you to reboot the phone altogether.

Still, if you want to give it a try then head into your Android phone’s settings, check the option that allows you to install non-Android Market apps, and then head here for the package.  Initial feedback seems to be that the UI needs some work, especially when trying to scroll without triggering the browser’s controls.