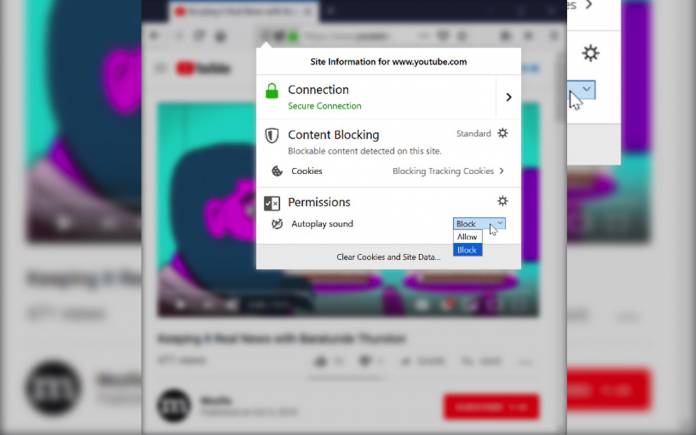 The latest Firefox update, Firefox 66, is ready to bring significant changes to the mobile browser. When playing media on Firefox, the browser usually offers loud volume. It can be distracting but with the latest update, developers can adjust volume moderately in levels that are just right. Mozilla has added an autoplay blocking feature to Firefox so sudden loud sounds will be avoided. Some audio starts to play automatically but the new Firefox for Android and Firefox 66 for desktop will change that.

Mozilla is making this change possible by releasing the HTMLMediaElement API. Devs must use this API so a website will be allowed to play video or video. A user must initiate audio first by clicking a play button.

Any autoplay will be changed or blocked if audible. The goal is to let Firefox know that a site supports the provided API. Autoplay can be muted initially via a change in the script.

The audible autoplay blocking will be enabled by default especially in Firefox 66. The changes will roll out beginning March 19. Firefox for Android will have the same update as in the desktop version of Firefox.

Firefox for Desktop will also soon block autoplay for video or audio. You will know that the media file is blocked when an icon appears in the URL bar. Other sites may still be allowed to play audio and video but permission can be changed.