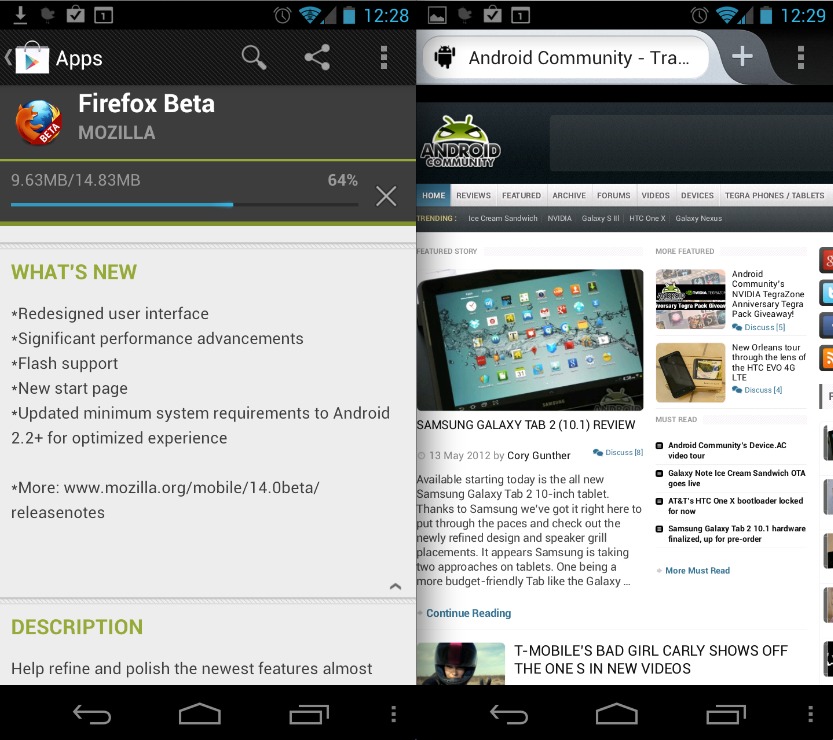 The new Firefox beta has completely overhauled the user interface, and it’s what we can expect to see (or similar) in the next stable versions release. The design elements match Android 4.0 Ice Cream Sandwich more closely, but still is unique to Firefox, and then they’ve added one major thing users have been asking for. We now have full Adobe Flash support in the latest beta, but things seem a little choppy this go around to be honest.

I’m an avid Chrome beta user but hoping to see what Mozilla can do with their mobile browser. Sadly like mentioned above usage is still a bit choppy, multitouch is weird to control, and flash support — while needed — didn’t help the performance that is for sure. Sync and tabs have been improved and I’m liking what we’ve seen thus far, hopefully Mozilla and the Firefox mobile team keep up the good work. Hit the link below to give the latest beta for Android a try today.