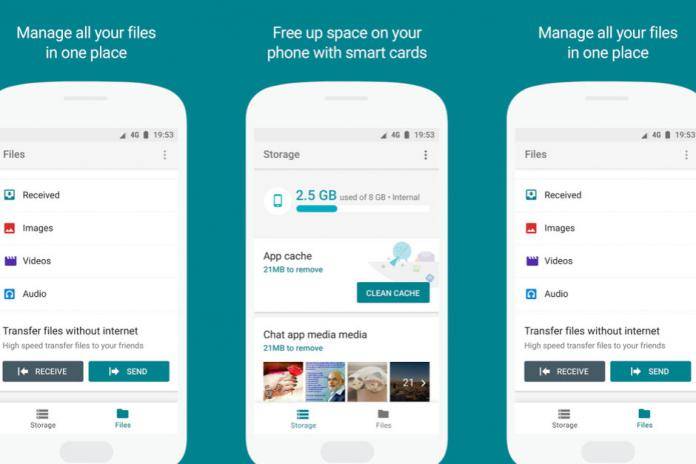 Files Go is still in the experimental stage but already it’s proving to be a pretty important tool for those who need a file management and file sharing app in one. So any update to the app would probably be welcomed and this new one is no exception. According to the change log shared by a product manager, you will be able to do advanced browsing, secure installs, faster sharing, and even have a built-in media player to playback your audio and video files.

Files Go is a good tool since it lets you find your files on your smartphone easily and also lets you delete system, spam, and duplicate files and images, and clear storage system clutter, therefore freeing up space on your device. It also lets you share files offline with other people who also have Files Go installed on their devices as well. So if you have limited space on your phone and if you share files a lot, then it’s a handy tool to have.

The update brings an Advanced Browse feature that lets you have easy access to folders and sub-folders on your phone. This was apparently a much-requested feature from redditors specifically. You will now also be able to check apps that you receive before you install them and make sure that they are secure and that they are Google Play approved.

You also now get faster file sharing between devices that have the Files Go app. They claim that they’ve seen connections take less than 5 seconds on average and transfer speeds can go over 500 mbps. If you have a lot of audio and video files on your phone, you also now get a built-in media player so you can easily check if that’s the right file you’re looking for.

You can update your Files Go app from its Google Play page. If you don’t have it yet, you can get it fro free from the Google Play Store.